One Prospect to Watch: AFC North and AFC South

One Prospect to Watch: AFC North and AFC South

The 2022 college football season is only a few weeks away. Which means scouting for next year’s NFL is in full swing. In this series we’ll take a look at one prospect that each NFL team should be watching closely over the next season. We’ll start with the AFC North and AFC South.

The Baltimore Ravens have done a disservice to Lamar Jackson throughout his tenure in the purple and black. During his first two seasons as starter, his only reliable receiver was tight end Mark Andrews. Marquise Brown never quite lived up to the first-round hype with only one 1,000 yard season in his three years in the league. Rashod Bateman battled through injury in 2021 as well, though he looks to be a true number one receiver this season.

After trading Brown to the Cardinals in return for a first-round pick, the Ravens failed to draft a single receiver from the loaded 2022 class. Instead, they opted to add two tight ends to the mix behind Andrews. Sure, Greg Roman’s offense is run-heavy. But failing to surround Jackson with dynamic help on the outside could hinder the offense’s production.

Zay Flowers could be the perfect fit as a number-two receiver. Flowers is a true field stretcher and arguably the best deep threat in the 2023 draft class. In 2021, he reeled in 44 receptions for 746 yards, averaging 17 yards per reception. He’s expected to put up ridiculous numbers with a healthy Phil Jurkovec under center and his stock could rise quickly.

Flowers would essentially replace Brown by forcing defenses to account for the deep ball, taking attention off of Andrews and Bateman while leaving lanes open for Jackson to scramble. A win-win for everyone involved.

Cincinnati made what many deemed to be a miracle run to the Super Bowl, but in 2022 they’re out to prove they’re here to stay. The Bengals have a rebuilt offensive line to pair with their star skill players. The only question mark remaining on the offense is the tight end position. C.J. Uzomah left for New York in free agency, and Cincinnati opted to replace him with Hayden Hurst on a one-year deal.

Hurst’s first-round pedigree and athleticism bode well for a breakout season, but health will be the main factor in his success. If Hurst fails to produce at a similar level to that of Uzomah’s 2021 season, he could be one-and-done in Cincinnati.

Playing high school football less than 30 minutes away from Paul Brown Stadium, Michael Mayer could be the final piece of the puzzle for Zac Taylor’s offense. The 6’4” 251 pound Notre Dame prospect tallied 71 receptions for 840 yards and seven touchdowns in 2021.

Mayer’s massive frame allows him to box out defenders and creates an immediate mismatch. He isn’t the most athletic tight-end you’ll find, but his route running and physicality make him nearly impossible to defend. Cincinnati primarily runs 11-personnel, and Mayer’s all-around ability as an in-line tight end would unlock new potential for the Bengals offense.

The Cleveland Browns are in quite an interesting situation to say the least. Between the Deshaun Watson trade, the Baker Mayfield trade, and the impending Watson suspension, it’s hard to tell what the 2022 Browns will be.

But one thing is for certain, their pass rush could use a boost, both on the interior and on the edge. Myles Garrett is a one-man wrecking crew, but he can’t do everything on his own. Jadeveon Clowney is on another one-year rental but it’s time to find a long term solution.

Without a first-round pick in 2023, it may be difficult. But if Watson is suspended for the majority of the 2022 season, the Browns could be picking early in the second-round of the 2023 draft. In a loaded edge class, Zach Harrison could be pushed out of the first round and right into the Browns’ lap.

Harrison is a menacing monster and registered four sacks in 2021. Towering at 6’6”, 272 pounds, Harrison is extremely gifted off the edge. His long arms give him an immediate advantage against offensive tackles and helps him dominate in the run game. He has inconsistencies off the ball but those can be fixed in time.

The Pittsburgh Steelers are another interesting team heading into 2022. Mike Tomlin has never had a losing season during his tenure in Pittsburgh, but he’ll have his work cut out for him to avoid doing just that this season.

There are many holes on the roster, but none more glaring than cornerback. Neither Ahkello Witherspoon and Cameron Sutton are capable of shutting down a team’s number one receiver and the depth at the position is rough to say the least.

Cam Smith is one of the more underrated 2023 prospects. At 6’1” 188 pounds, Smith has the ideal frame for a boundary corner and could be a day one starter for any franchise. He’s sticky in coverage and allowed only 15 catches on 32 targets with three interceptions throughout 2021. He’s often placed behind Kelee Ringo out of Georgia and Eli Ricks from Alabama, but he’s just as, if not more, talented. There’s a realistic possibility that he’s the first cornerback taken off the board if all goes well this season. 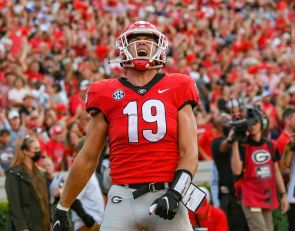 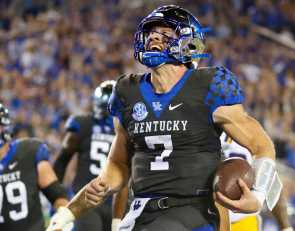 Kentucky Needs To Take The Next Step In 2022