It is time for the final race before the summer break and that final race is the Hungarian Grand Prix. Ferrari will be looking to make sure Red Bull doesn’t completely pull away in the Constructors’ Championship standings. Mercedes are coming off a double podium and will be looking to dominate once again. Plenty to watch, and TWSN Formula 1 analysts Marissa Myers, Anthony Ravasio, and Tayyib Abu preview the race and give their predictions!

The Hungaroring Circuit is very similar to Monaco as it is a high-downforce track where overtaking isn’t easy. The race will run for 70 laps and a total of 2.72 miles. The Hungaroring also features 14 corners and only two DRS zones. The first one is an extremely short one between turns one and two, and the next one isn’t until after turn 14 heading down the start-finish straight.

While the tire compounds provided are in the neutral range of C2, C3, and C4, intermediates and slicks could make an appearance due to rain in the forecast.

The Haas team has made their first major upgrades of the season but only for Kevin Magnussen’s car. The upgrades include a new floor, cooling bodywork, rear suspension, and engine cover. McLaren has also made further changes to the car by adding flow conditioners to the underfloor to improve the diffuser workload. This is in addition to the upgrades they brought last week at the French Grand Prix with a new rear wing, sidepods, and floor body.

As mentioned before, Ferrari needs to cut the gap on Red Bull before the break. With Charles Leclerc suffering an early DNF in France and Carlos Sainz only finishing in fifth, Red Bull has an 82-point lead over Ferrari. With the double podium from Mercedes, they are only 44 points behind Ferrari in the Constructors’ Championship. In terms of the Drivers’ Championship, Max Verstappen has a comfortable 63-point lead over Leclerc who has 170 points and Sergio Perez is close behind with 163 points.

The pressure is not only on for the teams to gain last-minute points for the championship battle but drivers with contract situations as well. Yuki Tsunoda, Fernando Alonso, Zhou Guanyu, Nicholas Latifi, Alex Albon, and Mick Schumacher are currently only signed until the end of the year. With Sebastian Vettel announcing he will retire at the end of the season that also leaves an open driver spot for Aston Martin they will have to fill.

The Hungaroring is like Monaco, and earlier this season before Ferrari messed up the strategy Leclerc looked as if he could’ve won the race. The Ferrari car is suited best for the low-speed corner circuits, and with how Leclerc has dominated in qualifying it should put him in a position to win the race. Sainz also had a good race at Monaco where he finished second. Just last week Sainz was able to work his way up from 19th to finish in fifth, and it could’ve been a podium had Ferrari not made a questionable strategy decision. As long as they don’t make those questionable decisions again it should lead to both drivers on the podium. In addition to rain, the temperatures are also supposed to be cool, which hasn’t played to Mercedes’ favor as they have struggled throughout the season to get their tires warm quickly and traction is extremely important. With the upgrades to the McLaren and Norris’ clean driving ability he should be able to keep up the pace he showed in practice and secure a spot on the podium.

Heartbreak in France gave way to a positive Friday for Charles Leclerc in Hungary. The Ferrari driver was rapid as his Ferrari looked in sync on the twisty confines of the Hungaroring. Max Verstappen admitted that Ferrari was ahead of Red Bull, but with a wet forecast for qualifying, Verstappen should force his way to the front. On a track challenging to overtake on, a damp qualifying could hand Verstappen track position. Lando Norris shined on Friday as his McLaren seemed to suit the low-speed corners. Norris is McLaren’s number one, and on a weekend where Mercedes may struggle, Norris could barge his way through the door.

A word that can change everything in a Formula 1 race is in play for this weekend’s Hungarian Grand Prix: rain. With rain being in the forecast for both Saturday’s qualifying and Sunday, anything can happen. The Hungaroring track favors Ferrari over Red Bull because of its longer corners and the fact that Sainz and Leclerc have been outperforming the Red Bulls of Verstappen and Perez (outside of Leclerc’s costly retirements). We have yet to see a truly crazy, rain-filled race in 2022, and I have a feeling this could be the one as we head towards the summer break. Verstappen, Leclerc, Hamilton, and Russell are some of the better drivers at the top of the grid that do well in the wet conditions. But, I would absolutely look out for Lando Norris to capitalize as he does as well. McLaren gets their second podium of the year, and George Russell gets his first career win. 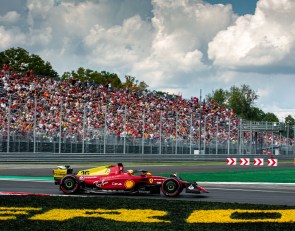 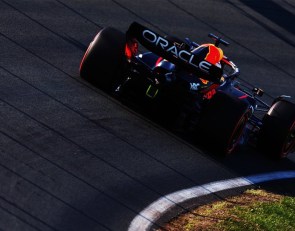 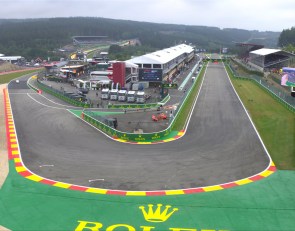