Fantasy football season is only a few months away, so it’s time to start thinking about who the top running backs will be. Matt Blaustein and I have put together a list of our top five fantasy running backs for the upcoming season.

Jonathan Taylor was undeniably the fantasy football MVP last year. After finishing the season with 2,171 all-purpose yards and 20 touchdowns, the Wisconsin product will look to improve on his dynamic 2021 performance in 2022. Taylor has the added bonus of being a likely top three target for new quarterback Matt Ryan. The Indianapolis Colts added Alec Pierce in the draft, who should be a nice compliment to Michael Pittman Jr. With a lack of distinction at the WR3 slot, Taylor should be able to rack up a bunch of targets per game, which should benefit those in Point Per Reception (PPR) leagues. Expect Taylor to duplicate his 2021 season and then some—due to this, he’s my RB1 in fantasy.

You can’t go wrong with the reigning fantasy MVP at RB1. Jonathan Taylor was a stud last year, finishing with over 2,000 total yards and 20 touchdowns. Taylor was the lead back on a Colts team that finished in the top six in rushing attempts for 2021. There’s no reason to believe he won’t put up similar or even better numbers in 2022. Taylor also benefits from an upgrade at quarterback in Matt Ryan, which should help keep defenses honest and open up more space for him to run. With a relatively clear path to 250-plus carries, 1,500-plus total yards, and double-digit touchdowns, Taylor is the easy choice at RB1.

Ekeler is coming off a stellar season in which he tallied 1,558 all-purpose yards and 20 touchdowns. With the Los Angeles Chargers primed for a postseason run, the Western Colorado product should only continue to improve on his already-incredible career. The Chargers drafted Boston College guard Zion Johnson in the first round, who should immediately bolster the offensive line and increase rushing opportunities for Ekeler. In the receiving game, the Chargers’ back is the best in the game—which is enough to cement Austin Ekeler at two on this list.

After putting up another monster season in 2021, Derrick Henry is once again in the conversation for RB1. The Tennessee Titans running back finished the 2020 season with over 2,000 rushing yards and can do it again. Although Henry was injured last season and only played in eight games, he still managed to rack up over 900 yards and 10 touchdowns. When healthy, Henry is one of the most dominant running backs in the league and should be in line for another big season in 2022. The only concern with Henry is his durability, but if he can stay healthy he’s a contender for the number one spot.

Derrick “King” Henry is easily the most dangerous threat in football. A unique blend of power, agility, speed, and size makes the Titans’ power back a true threat on any play. Injuries shortened his 2021 season, but Henry should be able to return to form in the 2022 season with an increased workload practically guaranteed. The Titans lost their top wide receiver A.J. Brown in a trade deal with the Philadelphia Eagles and also lost tight end Anthony Firkser to the Atlanta Falcons. Meaning that there will be an increased role for Henry in the 2021 first seed offensive attack. His utility in the receiving game is limited, which is why he ranks lower than Jonathan Taylor and Austin Ekeler on this list, but do not sleep on Derrick Henry this season.

The Carolina Panthers star is coming off an injury-plagued 2021 season in which he only played seven games. However, when healthy McCaffrey is easily one of the most dangerous weapons in all of football. In those seven games, he racked up over 700 yards from scrimmage and two touchdowns—numbers which would have been much higher had he not gotten injured. With a full season under his belt, McCaffrey should be in line for a huge year in 2022. The only concern with McCaffrey is his durability, as he’s missed significant time due to injury in each of the past two seasons. If he can stay on the field, though, he has the potential to be the top running back in the league.

The Cleveland Browns are quite simply in flux at the moment. The Deshaun Watson situation proves to be more and more disastrous by the day, and their true lack of weapons in the receiving game not named Amari Cooper is jarring. Alas, the lone bright spot in the long-maligned franchise is stud running back Nick Chubb. With Deshaun Watson likely facing a suspension and the receiving game being stifled as a result, expect Chubb to show out on the field behind one of the league’s best offensive lines. He’s my RB4.

Ekeler is coming off a stellar season in which he tallied over 1,500 all-purpose yards and 20 touchdowns. He’s a key cog in the Chargers offense and is one of the most dynamic playmakers in the league. Ekeler is a threat to score anytime he touches the ball, and with a full season under his belt, he should be in line for another big year in 2022. The Chargers drafted Boston College guard Zion Johnson in the first round, who should improve the offensive line and open more running lanes for Ekeler. In the receiving game, the Chargers’ back is one of the best in the game—which is enough to cement Ekeler at four for me.

This one is short and sweet. The Green Bay Packers lost Davante Adams and now lack a true WR1. With Aaron Rodgers notorious for delaying targets to receivers he doesn’t have an extensive rapport with, expect veteran running back Aaron Jones to feature nicely in both the receiving and rushing game. He’s my RB5 and offers immense value in PPR leagues.

The Minnesota Vikings running back is coming off a down year in which he only played in 13 games. However, when healthy Dalvin Cook is one of the most dangerous runners in the league. He has the ability to take any play to the house, and with a full season under his belt, he should be expected to have a great season this year. Cook is a threat in both the rushing and passing game, and with the Vikings likely to be playing from behind often, he should see an increased workload in the passing game. He’s my RB5 and is a great value in PPR leagues.

If you enjoyed this article check us out on Twitter. 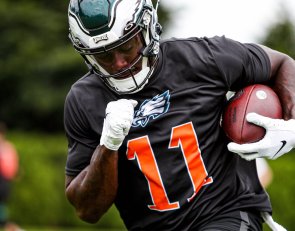 Why A.J. Brown Is The Most Overrated Player Ahead Of The 2022 Fantasy Football Season 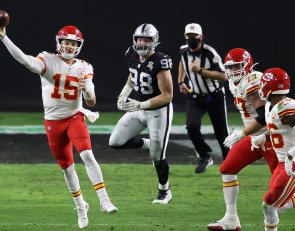 The Importance Of NFL Divisions In Fantasy Football 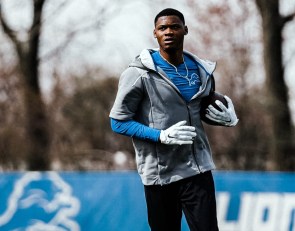