The Azerbaijan Grand Prix is known for being chaotic and that was no different in 2022. There were five drivers that had to retire from the race leading to a shake-up in the standings. Red Bull’s recent dominance continued as they have now had one of their drivers win the race for the fifth consecutive time. Here is how everything played out in Baku.

Red Bull Extends Their Lead In The Standings

With Max Verstappen finishing first he now has had 66 podium finishes with the Red Bull team which is a new record. Sergio Perez finished second to make this the fourth race where both Red Bull drivers finished on the podium. With the victory Verstappen now has 150 points and Perez has the second most with 129.

Carlos Sainz had a hydraulic issue that led to him suffering a DNF on lap nine. On lap 20 the disaster continued for Ferrari as Charles Leclerc suffered an engine failure while leading the race. The double DNF for the Ferrari team now puts Red Bull in complete control of the constructors’ championship with 279 points compared to Ferrari’s 199. This also leads to Leclerc falling out of second in the drivers’ championship standings down to third with 116 points.

Not only did both of the Ferrari drivers suffer issues but also the teams using the Ferrari power unit. On lap 23, Zhou Guanyu was called into the pits by his team after they noticed a technical issue causing him to retire. Then on lap 33, Kevin Magnussen had to pull over due to an engine issue which led to his retirement. Both Alfa Romeo and Haas use the Ferrari power unit, overall the issues continue for the Ferrari team.

Leading up to the race both George Russell and Lewis Hamilton sounded uncertain that they were going to have any success at Baku due to the immense amount of porpoising. With Ferrari continuing to have issues, it led to both Mercedes drivers putting on strong performances. George Russell continued his streak of finishing in the top five of every single race as he finished third. Hamilton ended up finishing fourth despite dealing with porpoising the worst. This now leads to Mercedes closing the gap on Ferrari in the constructors’ standings as they now have 161 points.

Pierre Gasly Has His Best Finish Of The Season

Other than the Australian Grand Prix when Pierre Gasly finished ninth, Gasly had either finished outside the points or suffered a DNF. At Baku, Gasly raced clean and performed great overtakes to get up from sixth and be in fourth for a majority of the race until Hamilton passed him. A fifth-place finish is still great for Gasly as he now improves his six points in the driver standings to 16, and is 10th in the standings.

Ferrari will have to figure out their power issue on a short week as Formula 1 will head to Montréal for the Canadian Grand Prix. The race will take place at 2:00 PM EST on June 19 with the first practice being held on June 17 at 2:00 PM EST. This will be the first race back at the circuit since 2019 when Lewis Hamilton won. 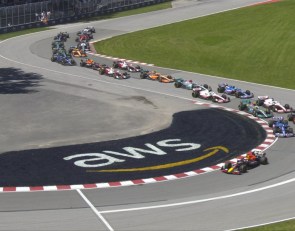 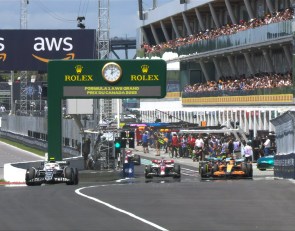 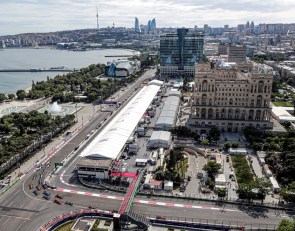