Fresh off a big series win over the Milwaukee Brewers, the New York Mets will look to expand their now small National League East Division lead which is now 4.5 games with the Braves on their huge winning streak. The Mets will close out their seven game homestand as they take on the 4th place Miami Marlins for the first time this season in a four game series battle.

This will be the first matchup between the Mets and Marlins this year and they will be playing each other the following weekend as well down in South Beach for a three game set so these two teams will see a lot of each other towards the end of June. Despite the Marlins beinf where they are right now in the NL East Standings, far behind the Mets, they’re still a team to be reckoned with and fight hard. Their starting pitching is going to be something to watch for the Mets to deal with especially in game three of this series, in Sandy Alcantara. Alcantara has gone at least seven innings in his seven starts and two complete games in that stretch.

If the Mets want to take this series, they’re also going to need great starting pitching from game one’s starter Carlos Carrasco, who gave up six earned runs in his last start against the Angels. And if Taijuan Walker and Chris Bassitt both build off their strong starts they had last time they were on the mound, the Mets can have lots of success in this one!

Who Wins the Series:

I have this series being a two game series split. I think all four of these games are going to be close ones with great starting pitching on both sides. So, I have New York taking two of the four in this series to finish off their short homestand strong. 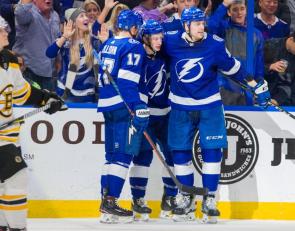