The 2022 college football season is quickly approaching! With that comes predictions on how each team could perform this upcoming season. Last season it was Alabama that won the SEC Championship, but Georgia who won the National Championship. Teams like Florida and LSU will be heading into their first seasons under new head coaches. So how exactly will it all shake out? College football analysts Marissa Myers and Isabelle McCarthy break it down with Marissa evaluating the West and Isabelle evaluating the East.

Alabama is still the best team in the SEC West. They have Bryce Young leading the offense and is one of the best quarterbacks in all of college football. They will also have one of the best defenses with the likes of Will Anderson, Eli Ricks, Jordan Battle, Malachi Moore, and Dallas Turner. Their offensive line is a concern though and with how Arkansas likes to blitz and the talent they have on their defense with Jalen Catalon, Malik Chavis, Dwight McGlothern, and Drew Sanders I can see the Razorbacks getting the upset win over Alabama. Speaking of the Razorbacks, watch for KJ Jefferson to improve tremendously in 2022.

For Ole Miss, they may have lost talented players like Matt Corral to the NFL but they utilized the transfer portal. With acquiring players like Michael Trigg, Jaxson Dart, Zach Evans, and Troy Brown the Rebels should still be in a spot to be a top team in the SEC. Texas A&M is a team that looks good on paper with the 2022 recruiting class they had. The starting quarterback is still undecided, but what’s not is that Devon Achane will lead their rushing attack. Yet, they are still a young team and it may take a year for them to gel together before getting into the double-digit win category. Mississippi State has Will Rogers back to lead the Air Raid offense, but lose an important piece on the offensive line with Charles Cross going to the NFL. They have one of the toughest schedules and can’t afford to lose games to Memphis like they did last year. They have experience on both offense and defense but will need to be more consistent to get past the seven-win mark.

LSU has talented players on their roster like Kayshon Boutte, BJ Ojulari, and Ali Gaye but their schedule is tough having to go against Tennessee, Florida, Ole Miss, Alabama, Arkansas, and Texas A&M all beginning in October when the teams will be hitting their stride. Under new head coach Brian Kelly, how the Tigers will look is unknown but they should still be capable of making a bowl game. Auburn also has a tough schedule as they have to face teams like Penn State, Georgia, Ole Miss, Arkansas, and Alabama. Auburn needs to get their passing game going and not have the defense collapse late in the game. If they can show improvement in these areas they could be more of a six win team instead of a three win team.

The Georgia Bulldogs may be the reigning National Champions, but even the strongest take losses. After setting a record of 15 players taken in the 2022 NFL Draft, the recruiting class is still ranked high. The Bulldogs’ schedule is not that tough, but as usual, they do have to play the Florida Gators, who they crushed last season. However, it’s always a toss-up on who is going to show up for the matchup in Jacksonville, and I can see the game being extremely close. With head coach Kirby Smart looking to have another successful season with an extremely talented offensive line, there should be no problem for Stetson Bennett to take a high-powered offense back to the SEC Championship Game.

The Florida Gators are coming off an embarrassing 6-7 season. They fired former head coach Dan Mullen, who also happened to fire former defensive coordinator Todd Grantham, and offensive line coach John Hevesy. With new head coach Billy Napier, things look promising, especially since Anthony Richardson will be back but this time for a full season. The Gators have been looking for the next best quarterback to lead them to a National Championship since Tim Tebow. Their schedule again remains tough, but after last year’s heartbreaking loss to Kentucky, I believe they will get it done in Gainesville. I see LSU and Texas A&M both being losses, and possibly Georgia if things go sideways early in that game. However, if Richardson is the key to winning games, then their offense should be electrifying. I have no doubt that with a new defensive coordinator, the defense will be stronger than last year.

Will Levis is quite the quarterback, and I fully believe he is the second reason why Kentucky will be fighting for the SEC East. Meanwhile, the defense is the main reason why Kentucky will be extremely tough to face. An emerging star, Octavious Oxendine is looking to be the leader of this young defense, as well as recovering from his season-ending knee surgery. Already with high praise from spring practice and the coaching staff, we can expect to see Oxendine shine when he returns to the field. Meanwhile, I see Kentucky taking three losses; Florida, Tennessee, and Georgia. Tennessee may be a surprise, but I can see them repeating what they did last year and outplaying Kentucky once again. Don’t undermine this Kentucky team though, they can win a lot of games this season and potentially fight Georgia or Florida for that top spot in the SEC East. 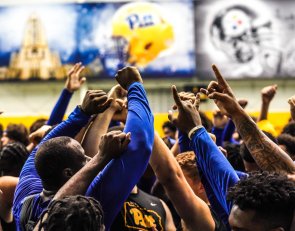 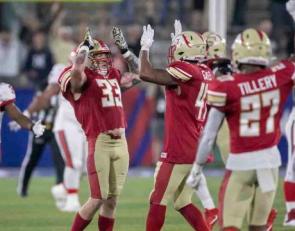 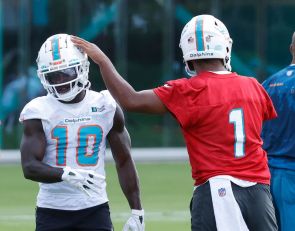