College football is rich in tradition. Matter of fact, you won’t find many things in American culture more ingrained in tradition than Saturdays on the gridiron. That tradition was rocked to its core recently with the addition of the NIL.

Most everyone who watches college athletics is well aware of the NIL. For those who are not, NIL stands for Name, Image, and Likeness. What it means is college athletes can now make money off of their name, image, and likeness, much like Olympic athletes have been doing for years.

There has been much debate about whether this would be good or bad for sport since its inception. There certainly are both pros and cons and it is far from perfect in what is still in its infancy. However, I would argue that it is not only good for the sport, but I dare say even necessary for the future of college football.

I realize that many “traditionalists” will scoff at that notion, and I can understand why. For many years, college football always had somewhat of a purity to it when compared to the pro game. In the NFL, players play to win for sure, however, let’s be real, they want to make as much money as they can in the process.

In college, the ‘perception’ has always been, they play for the love of the game. The NFL will openly tell you it’s a business. However, trust me when I say, so is the college game. Universities and these schools’ respective conferences have made millions and even billions of dollars off of these athletes for years and decades.

Matter of fact, it is often football programs that keep some entire athletic departments afloat. Honestly, some even keep entire academic institutions afloat, financially speaking.  For example, there are institutions that may get a new science building that was largely funded by money made though their football program. It is a business, and a big one at that.

I also understand the “amateur” athlete argument. However, like I alluded to earlier, Olympic athletes have been getting paid for their names, images, and likenesses for years on top of years. Yet, they have always been considered ‘amateur’ athletes, at least in the U.S. Of course, many will say ‘but these kids get full ride scholarships’ and yes that’s true. However, many students in many different fields of study are able to acquire scholarships yet, are still allowed to get jobs and make their own money.

That being said, making tens to hundreds of thousands of dollars is much different than working fast food or your local department store, however, look at from this lense. In any job, you get paid for what you can offer. In other words, the more money you can make a business, the more money you make from said business. Once again, these schools are making millions on top of millions of dollars from these athletes.

Conferences make billions off of TV deals which gets spread out to the respective Universities within these conferences. People tune in to see the play on the field, but who is on the field making the plays people want to see? The players. Whose jerseys are getting sold? Once again, it is the players. They have more than earned their right to profit from what they produce.

Now, with that, we’re talking about making money off their names, images, and likenesses. We are not talking about college athletes being paid like contracted employees. This is where we run into trouble. The transfer portal is running rampant, and though kids should be able attend and play for the school they want; transfer recruiting could be problematic. Rumblings of boosters allegedly getting involved and opening up their wallets for players have stirred plenty of controversy, especially this off-season.

Players using their personal brands for money is one thing, however, players just going to which school is the highest bidder is something completely different. Once again, the NIL as well as the transfer portal are both new concepts. It is apparent, however, that some sort of governing is going to be necessary in order for this to work. That being said, the future of not just college football but college athletics needs this to work.

NIL in its concept is a great thing for college athletes, which in turn is good for college athletics. However, boundaries must be set; regulations must be put in place in order to tame what is currently a free-for-all. However, if handled correctly, the NIL can help many kids as well as their families who need it. After all, college football just like all of college athletics is all about the kids who participate in it. 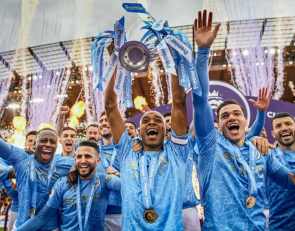