There are less than three weeks before the NFL Draft. The big waves of free agency have come and gone. Star players and high draft picks have been traded at an alarmingly high rate. And there are still some moves that will be made.

Team rosters are starting to fill out, needs are being assessed, and draft boards are being finalized. Here’s a look at how the first round of this year’s draft could play out.

There’s been some smoke around the Jaguars making a “surprise pick” at the top of the draft. But I’m willing to bet that’s all a ruse to drum up a trade market for the first overall pick. Barring a trade, and even with a trade, Aidan Hutchinson will be the first player taken in Round One. Hutchinson dominated in 2021 and almost won a Heisman because of his performance. Hutchinson and Josh Allen will form a powerful duo in the trenches.

Malik Willis’s hype train has only gotten louder as the process has gone on. From his rocket arm to dynamic rushing abilities, Willis will give Dan Campbell everything he wants in a quarterback. Willis could sit behind Goff for a year, and inevitably take over when Goff struggles to perform.

Houston restructured and extended Laremy Tunsil’s contract, so tackle is not quite as big a need as it was at the beginning of the offseason. Star power on the defense, on the other hand, is a massive need. Walker has ridiculous athletic talent with sky-high potential. He could be the face of Lovie Smith’s defense.

The New York Jets built a stout offensive line throughout the past two seasons, so they’ll look to upgrade the defensive side of the ball early and often in the 2022 Draft. “Sauce” Gardner would be the immediate No. 1 cornerback in New York and could give head coach Robert Saleh a cornerstone piece for the Jets’ defense for years to come.

Evan Neal lasting to the fifth pick would be a slight surprise after there were rumblings of him being selected number one overall earlier during the draft process. But the Giants would pounce and plug Neal at right tackle opposite Andrew Thomas to solidify the bookends protecting Daniel Jones.

Matt Rhule is on his last straw in Carolina. He needs to succeed in a big way and Pickett is the most NFL-ready quarterback of this draft class. Small hands could drop his draft stock, but Pickett would have an opportunity to thrive with Christian McCaffrey, DJ Moore, and a solid defense to keep them in games.

The slide stops for the former consensus number one prospect. Character concerns seemed to drop his draft stock, but Thibodeaux would bring juice to a defense that desperately needs it. I’m willing to bet that Thibodeaux has a stellar career in the big apple.

The first receiver is off the board as the Falcons bolster their receiving corps with Garrett Wilson. If a quarterback like Willis or Pickett is there, I could see Arthur Smith pulling the trigger. But Wilson would be an immediate upgrade over anyone on the Falcons’ offensive roster outside of Kyle Pitts and would give Marcus Mariota a weapon on the perimeter.

With the tackles falling, Seattle would sprint to the podium to turn in Ikem Ekwonu’s card. Ekwonu would be a day one starter at either tackle spot, depending on what Seattle decides to do with Duane Brown. Ekwonu would be able to protect Drew Lock, or whichever quarterback Seattle takes in the second round.

Odds are the New York Jets are going to try and push hard to trade the 10th overall pick for a star wide receiver. But until that happens, they’ll just take the top guy on their board which I believe could be Drake London. A big-bodied receiver who could be a dynamic threat for Zach Wilson. 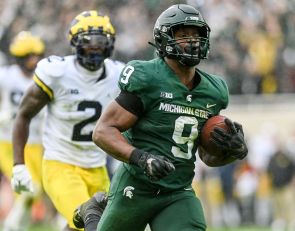 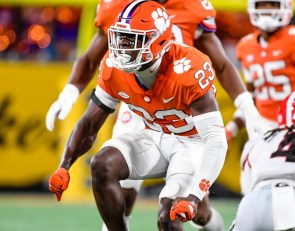 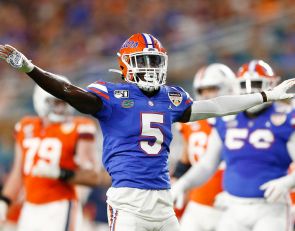