After a wild first round of the 2022 NFL Draft, it was time for rounds two and three on Friday night. Building off of how night one went these were the winners and losers from day two:

-If night one wasn’t enough, the New York Jets continued to build off of night one and traded up to get the first running back in the draft. The pick of Breece Hall to pair with Michael Carter gives Zach Wilson another reliable back to share the load with Carter who also has receiving upside. They then continued to add on offense by getting Wilson another reliable guy to throw to in tight end Jeremy Ruckert. Not only is he reliable but he also is efficient as a blocker. The Jets came in with a plan and are executing.

-After not addressing wide receiver on night one, the Kansas City Chiefs then got a steal in Skyy Moore. He is an explosive playmaker that will help on the offense in an attempt to try and fill the void of Tyreek Hill. Not to mention with his release off the line Moore wins automatically and follows it up with being versatile. They then followed that up to end the second round by getting Bryan Cook to help add stability to their safety position. Towards the end of round three, they were able to draft a top linebacker in Leo Chenal to continue to add help on defense. For a team that struggled defensively in 2021, they are making sure that doesn’t happen in 2022.

-With Ryan Poles and Matt Eberflus having their first pick of the draft, it was a wonder which way they would go. They ended up starting with Kyler Gordon, a cornerback who is extremely athletic to pair with Jaylon Johnson. Then they continued to add to their secondary with Jaquan Brisker to make it a force to throw against. The question was why they weren’t addressing wide receiver to help Justin Fields but in the third round, they did. Getting Velus Jones Jr. out of Tennessee will provide Fields with an elite speedster who is a reliable playmaker and can create after the catch. For the Bears first three picks under the new regime they did a good job to start the draft.

-Take away the Baltimore Ravens trading away Marquise Brown on day one the Ravens ended up continuing to put together a haul on day two. They drafted David Ojabo to make an edge duo with Odafe Oweh and reunited him with his defensive coordinator from Michigan. They then ended up adding to their interior of the defensive line by getting Travis Jones to help take on double teams and slow down the run. All while trading back and acquiring draft capital later in the draft. They have had a great draft so far and with their draft capital, it should continue.

-After having a successful first night of the draft with Travon Walker and trading up to get Devin Lloyd they made some questionable decisions on day two. They took Luke Fortner to add interior offensive line depth but after getting Lloyd on night one they got another linebacker in Chad Muma. The addition of Muma when the Jaguars had already addressed the position and needed help elsewhere just seemed unnecessary.

-With the San Francisco 49ers first pick they got a great edge rusher in Drake Jackson who could’ve gone earlier. He wins with powerful finesse moves and fits well opposite of Nick Bosa. When their next pick in the third round came they selected a running back. While Tyrion Davis-Price is decent, the 49ers drafted Elijah Mitchell and Trey Sermon in 2021. They had more important needs at cornerback and on the offensive line that they should’ve addressed.

-After reaching for Cole Strange in round one, the New England Patriots reached again in round two. They drafted Tyquan Thornton to add speed to their wide receiver room. With players like George Pickens and Skyy Moore still on the board this seemed like another reach when they could’ve waited to take Thornton later in the draft. They were able to get cornerback Marcus Jones in the third who was a perfect fit for them at that spot but the Thornton pick has them in this category. 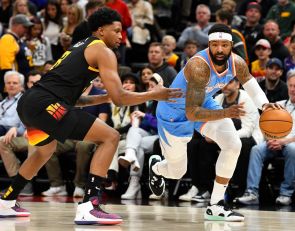 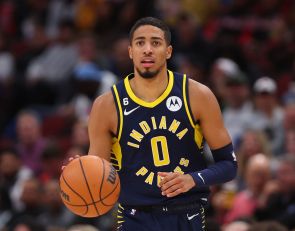 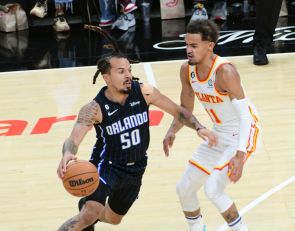