The Detroit Pistons are traveling to TD Garden to take on the Boston Celtics tonight at 7:30 p.m. EST. The Pistons come in with a poor 18-48 record which puts them fourteenth in the Eastern Conference, but they’re 6-4 in their last ten games. Behind the effort of rookie Cade Cunningham, this scrappy Pistons team has managed to hit a nice post-All-Star break stride, although it’s certainly too late for them to make a run at the postseason.

As for Boston, they’re currently fifth in the Eastern Conference at 40-27. Despite a rocky start to the season, this Celtics team has been one of the NBA’s top teams over the past few months. They’re 8-2 in their past ten games, and Jayson Tatum has dropped 30+ points in his past four games, including a combined 98 points over Boston’s past two games against Brooklyn and Charlotte, which both resulted in wins.

The two teams are playing some of their best basketball of the season, and believe it or not, it’s been a pretty good season series so far. Boston is leading 2-1, but no game between these two this season has been decided by double digits. Detroit has come to play against Boston, and it’s tough to expect any different tonight as the teams square off against each other for the fourth and final time this season.

How Detroit Can Win:

The Detroit Pistons may be outnumbered in terms of talent, but they’ve proven in pervious matchups with Boston that they can keep this matchup close with scrappy, competitive play on both ends of the court. The Pistons will need to force some turnovers and get out in transition in order to take some pressure on playing lockdown defense all game in order to beat the Celtics. Boston’s halfcourt defense is just too good, you need to get a handful of freebies and play at a fast pace, especially when you lack talent offensively.

Don’t let Boston get set up in their half-court defense. Force this communication-heavy defense to get caught in a scramble. However, Detroit can’t solely rely on transition offense. They’ll need to get their engine Cade Cunningham going early. Detroit’s ball-handlers should look to pressure the rim and create some open spot-up opportunities for Saddiq Bey. He’s one of their best three-point shooters, and he’s put up a few noteworthy performances against the Celtics before, including three 20+ point performances.

With Isaiah Stewart out for Detroit tonight, the Pistons will be rolling out some smaller lineups, and their lack of rim protection will be an obvious weakness to attack because of it. The Celtics should have no problems attacking the rim or throwing Rob Williams some lobs in this one. I mean, we might even see a couple of points out of the post from Al Horford tonight as well.

However, with such a young, small lineup, the Pistons will probably look to push the pace. Taking care of the basketball will be a key for Boston to ensure Detroit doesn’t get any easy fast break points. Not only that, but Boston should look to create some takeaways on this Pistons team. They’re averaging 14.4 turnovers per game, which is top-ten in the NBA (not a good thing). Last game against Chicago, Detroit had a very similar small rotation, so they pushed the pace and it resulted in 16 turnovers. They’re going to play a little sloppy. Capitalize on their mistakes.

The Spread & Moneyline via FanDuel: 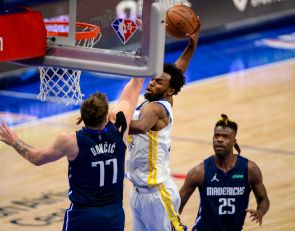 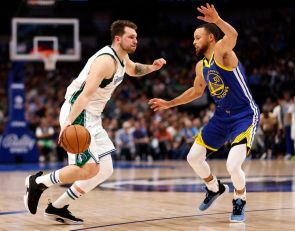