Who Could AEW's Forbidden Door Debut Be?

Who Could AEW's Forbidden Door Debut Be?

All Elite Wrestling founder Tony Khan sent shockwaves through the professional wrestling world on Feb. 4 when he announced that a star would be debuting on the following week’s Dynamite. As the debut has gotten closer and closer, let’s take a look at five options for who this star could be.

The most likely candidate for Wednesday’s debut is truly limitless. At 6-feet-2-inches, 340 pounds, Keith Lee is a monstrous human being with a superb pedigree within the wrestling business. The Wichita Falls native boasts an ensemble of awe-inspiring moves that showcase his superhuman strength and agility. His finisher, the Spirit Bomb, is likely the best sit-out powerbomb in the business today, further accentuating the frenetic and intense pacing of his matches. While Lee’s in-ring abilities are some of the best in the business, he shines equally as bright in his character work and promo ability. His character, the love child of Barry White and a grizzly bear, is equal parts smooth and intense, and Lee’s natural charisma has made him a fan favorite in each promotion he’s wrestled for. While Lee’s WWE run stalled due to a long battle with cardiac issues due to COVID, the entire wrestling world has been eagerly awaiting his next move. With that being said, is AEW ready to bask in his glory?

After walking out of a house show on Dec. 4, 2021, the Charismatic Enigma was released by WWE five days later. The thirty-year veteran of the professional wrestling business would be a high-profile addition to any roster, and with his brother Matt already engaged in a storyline with Isiah Kassidy, Jeff debuting on Wednesday would make the most storyline sense out of the five options within this article. However, a few things stand in the way of the legendary high flyer making his debut in Atlantic City, chief among those being his 90-day WWE non-compete clause, which will not be completed until March 9. Hardy arriving in AEW is an inevitability, but it seems incredibly unlikely until the clause expires.

Kross, a stalwart of the late days of the black-and-gold era of NXT, was called up to the main roster in July 2021, where the undefeated champion would immediately lose via roll-up against, interestingly enough, Jeff Hardy. What followed was a horrific four-month run on the main roster, during which Kross would adopt a gladiator helmet and suspenders and become a far cry from the dominant champion he once was. The 36-year-old would be released in November 2021 alongside real-life fiance Scarlett Bordeaux and fellow listmate Keith Lee. Although Kross became somewhat stale throughout his run in WWE due to his booking (which has decreased his free agent stock), many fans are still intrigued to see where the Las Vegas native ends up next. Could that be AEW?

The submission specialist and 20-year veteran was released from WWE for the second time on Jan.  6, and much like Hardy, it seems like an inevitability that Joe will arrive in AEW. However, due to both his non-compete clause and injury history, AEW would be wise to delay Joe’s debut until a later date.

Arguably the most underwhelming option of the five individuals on this list would be Adam Scherr. Formerly known as Braun Strowman in WWE, Scherr has a slew of achievements on his resume including a Universal Championship reign, an Intercontinental Championship reign, a two-time Raw Tag Team Championship winner and a Money in the Bank win. When Scherr was released from WWE on June 2, 2021, fans were unsure if he would remain in the wrestling business. Although he has remained a constant on EC3’s online promotion Control Your Narrative, much of the industry has been hesitant to work with Scherr due to comments he made during the COVID pandemic, where he said that independent wrestlers should quit and change professions if they weren’t able to make a living. His tone-deaf comments have resulted in his hiring by any major promotion other than WWE to be incredibly unlikely, but could AEW bite the bullet and debut the Monster Among Men on Wednesday? 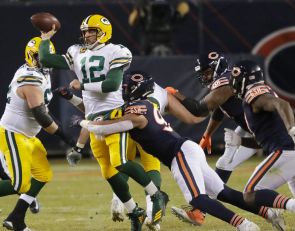 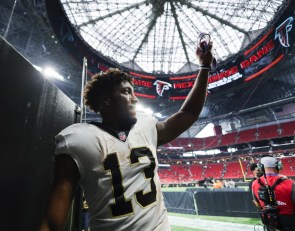 NFL Week One Studs And Duds