Oklahoma City will be looking for their third straight win as they take on the Portland Trail Blazers tonight from the Moda Center, with tip-off scheduled for 10pm EST. Both of these teams come in outside the playoff picture, but Portland sits in the last play-in spot as of today. The Trail Blazers have lost three straight games and are looking to right the ship and keep pace in the playoff hunt. They currently have a record of 21-31 and are 14-13 at home. The Thunder come in with a record of 16-34 and hold a 7-18 road record. These two teams just met a few days ago with Oklahoma City coming out on top by a score of 98-81 and they will meet two more times during the regular season. The Thunder will be without their star in Shai Gilgeous-Alexander who is out with an injury while Portland will be without their star guard in Damian Lillard. Both of these teams come into this matchup banged up and know each other pretty well. Guard play will likely be the difference in this matchup and will make for an underrated game on the NBA schedule today.

How Oklahoma City can win: For the Thunder, they have lost 12 of their past 15 games but did earn an impressive road win over the Dallas Mavericks the other day. Without Gilgeous-Alexander, the Thunder need other players to step up and they showed that they are capable of doing that on any given night. Luguentz Dort led the team against the Mavericks with 30 points on nine of 17 shooting while Tre Mann added 29 points himself and Josh Giddey scored 14 points with seven rebounds and 10 assists. Giddey has been a nice pickup for the Thunder this season averaging 11.7 points, 7.6 rebounds, and 6.2 assists while shooting 41 percent from the field. His playmaking ability has helped others on the team up their game and had brought a fun style of basketball back to the Thunder franchise.

Coming into this matchup, the team as a whole has the worst offense in the NBA, scoring 101 points per game while their defense is 12th in the league, allowing 107.6 to opposing teams. Against the Blazers, even without Lillard, the Thunder will need their players to score the ball to keep up with the shooters that the Blazers do have available.

How Portland can win: Without Lillard, the Blazers have looked like a shell of themselves at times. In their last outing against the Los Angeles Lakers, Portland only managed to score 94 points against a poor defensive Lakers team. Norman Powell added 30 points and five rebounds with Anfernee Simons adding 19 points himself. Simmons has emerged for Portland this season, averaging 15.7 points and 3.7 assists per game. Without Lillard, Simons has made the most of his opportunity and has earned himself a nice spot within the Portland rotation. Portland still has guard CJ McCollum who has been the back court partner with Lillard for years but due to some injury issues, he has had an inconsistent season. He is averaging 20.7 points and 4.5 assists per game and will need to take on more of the scoring load if Portland wants any chance at a playoff run.

The Trail Blazers have the 18th ranked offense in the NBA, scoring 108.1 points per game while their defense is ranked 26th, allowing 112.1 points to rival teams. In this matchup, the Portland defense will need to step up and stop the Thunder if they want to get some redemption from the last time these two teams met. Since the Thunder struggle to score the ball, especially without Gilgeous-Alexander, Portland would be wise to take away cutting lanes so Oklahoma City doesn’t get easy shot chances at the rim.

-Give me the road team to pick up another win to increase their win streak in this matchup. Portland has really struggled of late, and the Thunder have a decent enough defense that can limit Portland offensively. Anytime Portland is at home, they are hard to beat because the Moda Center grants them a strong home court advantage but without Lillard and others, I like the Thunder to take this game. 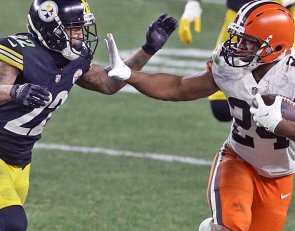 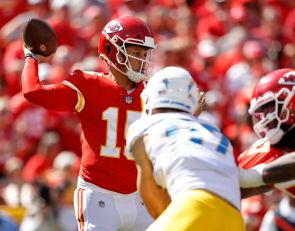 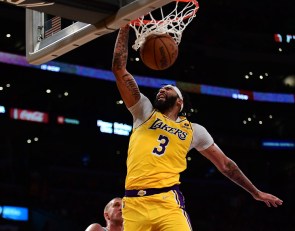