The battle of New York takes place tonight from Madison Square Garden as the Brooklyn Nets take on the New York Knicks with tip-off scheduled for 7:30pm EST. For Brooklyn, they won their last time out, finally snapping a long losing streak. They hold a record of 30-27 and are currently sitting in the eighth spot of the Eastern Conference standings. They are 17-13 away from the comfort of home and have lost nine of their last ten games overall. As for the Knicks, they come into this game having lost two straight and eight of their last ten games. They are 25-33, sitting as the twelfth seed in the Eastern Conference standings. They hold a record of 13-16 at home this season and will look to take down their inter-state rivals. These teams met earlier in the season with the Nets taking the game by a score of 112-110 and they will meet two more times after tonight. The Nets come in after making their huge trade deadline move to trade away star guard James Harden in exchange for Ben Simmons. Simmons will not play in this game as he is still ramping up to take the court for the first time this season. The Nets will also be without guard Kyrie Irving in this game due to his ineligibility to play in the state of New York due to his COVID-19 vaccination status.

How Brooklyn can win: Without their star players in this game, the Nets will need to rely on their role players to pick up a win and stop the bleeding a bit. In their deal to acquire Ben Simmons they also received guard Seth Curry and center Andre Drummond. In their last game Curry put up 23 points, seven rebounds, and five assists in their win over the Sacramento Kings. Drummond finished with 11 points and nine rebounds as well. If the Nets want to take down the Knicks tonight, they’ll need these two players to have good games once again. Brooklyn is averaging 110.9 points per game on 46.8 percent shooting while allowing 110.8 points on 44.8 percent shooting to opposing teams

Due to the lack of players available for the Nets tonight, their defense will need to play a role if they want to get the win. Containing the Knicks Julius Randle should be a point of emphasis for them on the defensive side of the floor. Additionally, the Nets will need to make sure they win the small in-game battles such as rebounding and turnovers if they hope to get another victory.

How New York can win: Forward RJ Barrett will miss this game tonight and that is a major loss for the Knicks as he has been a nice piece for them all season. Without him, the Knicks will need to rely on players like Julius Randle. Randle has averaged 19.6 points and 10.2 rebounds per game but over the last ten games he has seen an uptick in scoring. He has averaged 23.1 points over that time and has also improved his assist totals as well, averaging 6.1 assists per game. If they want to beat the Nets, he will need to have another strong game and lead the way for the Knicks. Randle thrives at drive the ball to the rim instead of settling for jump shots so if he can consistently do so, it could make life easier for his teammates. They could benefit from the Nets overcommitting to Randle and then him kicking the ball out for easy shot attempts.

On defensive, the Knicks have been good as they are the sixth ranked team in field goal percentage allowed. They are also third overall in the league in points in the paint allowed with 42.7 a game. They’ll need their defense to help them in this game as the Nets do have players who can score, even without their stars playing in the game. Making sure to take away cutting lanes and guarding the perimeter to close out on the shooters will be a factor in this game’s outcome.

–I’m taking the road team here to steal a victory despite their star players missing the game. The Knicks have been very inconsistent this season and will be without RJ Barrett in this contest. Brooklyn picked up some nice depth pieces from the James Harden deal and I see them making a difference in this game. 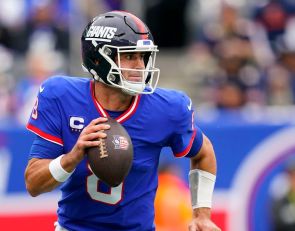 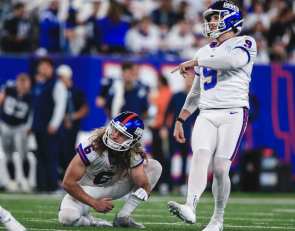 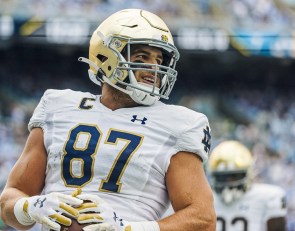