The SEC West just got a lot more interesting. Former Texas A&M quarterback Zach Calzada announced on Thursday that he would be transferring to Auburn University.

Calzada entered the transfer portal in December and chose to stay in the same division as the Aggies. His move was surprising because he led the Aggies to a successful season and a bid to the Gator Bowl against No. 17 Wake Forest. Texas A&M finished the regular season with an 8-4 record and a 4-4 conference record.

Texas A&M landed former LSU quarterback Max Johnson as a transfer after Calzada departed. There was a possibility of Calzada transferring to LSU, but he chose Auburn.

Auburn lost quarterback Bo Nix to Oregon in the transfer portal and they were in the market for a notable transfer. Calzada, who just finished his sophomore season, will compete immediately for the starting job at Auburn. There will be stiff competition in the quarterback room with TJ Finley and Dematrius Davis vying for the No. 1 spot on the depth chart. Calzada’s presence could force one of the other quarterbacks to enter into the transfer portal if they do not want to compete for the starting position.

In 2021, Finley saw meaningful playing time when Nix was injured. He has experience in head coach Bryan Harsin’s offense, which could prompt Auburn to split time between the quarterbacks with the first team.

At Texas A&M, Calzada threw for 17 touchdowns, nine interceptions, and 2,185 yards. His breakout game happened against No. 1 Alabama in week six, in which he threw for three touchdowns and 285 yards. Calzada led the Aggies to an improbable upset over the Crimson Tide. That win turned around the season for the Aggies, as well as Calzada.

I have THE MOST love for Texas A&M, my coach’s, teammates, and anybody who has been a part of this process. From the bottom of my heart…Thank you to the 12th man🖤 pic.twitter.com/vZ4QnMGv84

In 2022, Auburn is scheduled to play Texas A&M on Nov. 12. That game will be one to mark on your calendars, especially if one of the two teams is ranked at the time.

Auburn is coming off a disappointing 6-7 season. They will need Calzada to pump some energy into a program that has underperformed in recent years. He has the talent to lead the Tigers to a New Year’s Six bowl and perhaps a win over Alabama in the Iron Bowl. This is a gamble for Calzada but it could pay off. 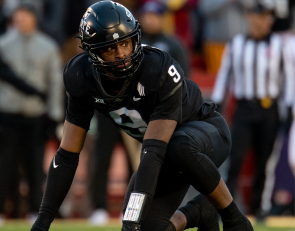 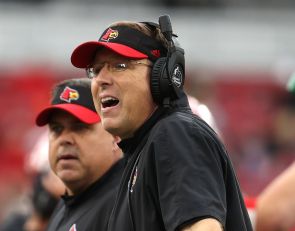