The Washington Wizards are taking a trip down Beale Street as they take on the Memphis Grizzlies Saturday night at 8:00 PM ET.

For the Wizards, they are coming off three days rest heading into this matchup and they probably need it more than anyone else in the Association. In their last game, Washington blew a 35-point lead to the undermanned Los Angeles Clippers and lost by a final score of 116-115. On top of that, The Wizards are losers of four straight and are 4-6 in their last ten games so the added rest will be extra beneficial for them to rest and regroup.

Unlike Washington, it’s been quite the opposite story for the Memphis Grizzlies. The young Grizz are high-flying right now, winning 7 of their last 10 games and sitting comfortably as a top 3 seed in the Western Conference. Their dominance this season and as of late is fueled by newly minted All-Star starter Ja Morant, who has averaged 28.2 points per game, 7.9 assists per game, and 6.8 rebounds per game on 56.3% true shooting in the last ten games.

Heading into their matchup Saturday Night, the Grizzlies look to continue their dominance at home while Washington looks to snap a cold spell and avoid being out of the playoff picture altogether.

How the Wizards can win:

Back on the road!

For Washington to break their losing skid, it will not be easy, as they head to Memphis to take on the red hot Grizzlies. But nothing is impossible and there is a very realistic path to them succeeding in that tonight.

To start, they need to have a brilliant shooting performance from beyond the arc. This season, Washington is the 2nd worst three-point shooting team in the Association, shooting 32.4% from three on about 31.1 attempts a game as a team.

That simply isn’t going to get it done against a Grizzlies team that is electric offensively and can put up points very rapidly. Memphis also has an excellent interior defense that features Jaren Jackson Jr, who has played at an All-Star level and has been one of the league’s best rim protectors this season. This means that the importance of hitting perimeter shots will be further emphasized as the frequency of converting inside projects is a lot lower.

How the Grizzlies can win:

The recipe for the Grizzlies’ success is to continue what they’ve been doing. As monotonous as that sounds, they shouldn’t change anything up to attack this Wizards team both offensively and defensively.

On offense, despite their subpar shooting as a team, Memphis can get extremely hot from beyond the arc. Their offense is spearheaded by young superstar Ja Morant, who uses his quick first step and burst when driving to generate open shots for others through rim pressure. When extra attention is sent towards Morant, this frees up open cutters and interior threats like Jaren Jackson Jr. or frees up open three-point opportunities for players like Desmond Bane, who has been one of the best shooters in the NBA this season.

As long as Memphis continues both their offensive and defensive dominance, and doesn’t fall susceptible to wasting offensive possessions or falling asleep on rotations and not closing out well defensively, they should win this matchup with relative ease. 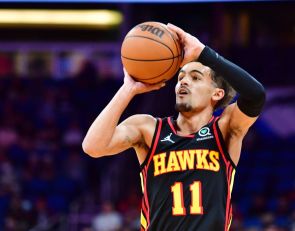 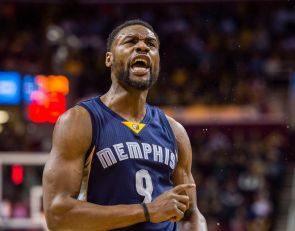