The Atlanta Hawks will look to stay hot at home against the Toronto Raptors at 7:30 p.m. on Monday. The Hawks hope to keep their seven-game winning streak alive against the Raptors. On Sunday, the Hawks took down the Los Angeles Lakers, 129-121, at the State Farm Arena. Atlanta sits at No. 10 in the Eastern Conference for this matchup.

On the other hand, the Raptors are the eighth-best team in the East with a 24-23 overall record. Toronto is coming off a 124-120 win against the Miami Heat on Saturday in overtime. The Raptors are winners of two of their last three games against the Heat and Hornets.

Gary Trent Jr. has come alive in the last few games for the Raptors, as he booked 33 points against the Heat on Saturday. Trent has scored at least 30 points in his last two outings, combining for 65 points. The Raptors will look to feed Trent since he has the hot hand. OG Anunoby, Trent Jr., Scottie Barnes, Pascal Siakam, and Fred VanVleet combined for 115 points. The group of five players accounted for all but nine points against the Heat. They will hope to carry the load against a surging Hawks team.

How The Atlanta Hawks Can Win:

Back at home tomorrow vs. Toronto as we celebrate the Lunar New Year!

To say the Hawks have been playing well would be putting it mildly. The Hawks extended their win streak to seven games with a 129-121 win against the Lakers. Trae Young registered 36 points, 12 assists, and five rebounds in the win. The Raptors will need to key in defensively on Young to try to limit the weapons around Young. Toronto might have to pick between allowing Young to hurt them or the rest of the team. They will probably opt for Young being the player to hurt them rather than allowing John Collins and Clint Capela to combine for 35 points like they did against the Lakers. 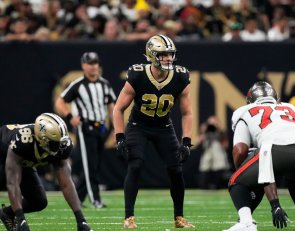