The NFL Coaching Carousel: What You Need to Know

The NFL Coaching Carousel: What You Need to Know

Out with the old, in with the new. NFL front offices seem to be taking that cliche to heart when filling head coaching vacancies. Just like its predecessors, this season saw a handful of head coaches lose their jobs. While it’s easy to fire the man who led a football team to a dismal record, it’s extremely difficult to find the right guy for the job. If you don’t think so, just ask the Browns, Broncos, Raiders or Jaguars who have each fired five or more head coaches since 2010. Before calling for somebody’s job or prematurely determining that your favorite team has hired the next Bill Walsh, here’s a few trends and ideas to consider.

The correlation between quarterback and head coaching success is as strong as one could imagine. Likewise, bad quarterback play digs a coach’s grave faster than you can read this sentence. Coaching victims of subpar or bad quarterback play this season include, former Broncos’ head coach Vic Fangio and former Dolphins’ head coach Brian Flores. Both coaches proved their ability to coach the defensive side of the ball, producing multiple defenses that ranked in the top 10 in various categories, but it was not enough to overcome lackluster offensive play. What’s more likely, Fangio and Flores can’t coach, or Drew Lock and Tua Tagovailoa were whiffs in the draft? I’ll take the latter. Somebody must take the blame, but too often it’s not the guy who chose the quarterback, rather the guy who took the wrong job. After all, it’s not sheer coincidence that future hall-of-fame quarterbacks still in the NFL like Tom Brady, Aaron Rodgers, Ben Roethlisberger, etc. have had a small handful of head coaches throughout their entire careers. While most coaches do not get the luxury of even inheriting a Pro-Bowl level quarterback, they should be picky with what jobs they are willing to accept, with some being complete dead ends no matter who captains the ship. Bill Belichick and Pete Carroll are evidence of this, with both being unsuccessful as head coaches before receiving a legendary quarterback. When hiring a head coach, it’s important to set expectations in line with those of the team’s quarterback. If you don’t, you will almost certainly be disappointed.

Young, offensive-minded coaches are in style

The Sean McVay, Kyle Shanahan domino effect on the NFL is as apparent as ever with many franchises trying to imitate the Rams’ and 49ers’ hires of the young, creative offensive play-designers. Coaches like Cincinnati’s  Zac Taylor,  Arizona’s Kliff Kingsbury, or Cleveland’s Kevin Stefanski each fit the mold for what seems to be the new trend of NFL head coaches. This trend has a lot to do with the dependency on the quarterback position. A coach must help his quarterback develop into a player that can lead his team deep into the playoffs. If such a quarterback is unable to do so, it’s likely the coach loses his job prior to or with the signal caller. While NFL front offices elect to hire younger and on the offensive side of the ball, veteran defensive coaches are becoming more and more rare each offseason. Mike Zimmer, Vic Fangio and Brian Flores are all defensive coaches who will likely be replaced by younger, offensive coaches as each team looks to solve some variation of a quarterback problem. At the beginning of the 2021 season, there were 19 head coaches with an offensive background compared to 13 head coaches with a background in defense or special teams. The number of offensive coaches will likely rise even more as each head coaching vacancy is filled this offseason. Whether it’s for right or for wrong, there will be a scarcity of defensive head coaches in the near future as the NFL grows more and more offensive dependent.

At the end of the day, the NFL is a business. Like any business, how it is perceived and viewed by its customers, employees and colleagues is a reflection of how well-run the company is. Head coaches are one of the most public faces and voices of leadership in NFL franchises. This season, the Jacksonville Jaguars and Las Vegas Raiders were let down by questionable, disappointing conduct by their head coaches Urban Meyer and Jon Gruden. It’s not the first time coaches have let off-the-field issues plague their career and it surely won’t be the last, but it is a great reminder of how important great character is to serve as an NFL head coach. Nobody’s perfect, but every team with a head coaching vacancy should desire a head coach who represents the team with class. Winning is the number one priority, but it cannot occur in dysfunction. The importance of bringing in not only a head coach, but a true leader of men, is vital to long term success. 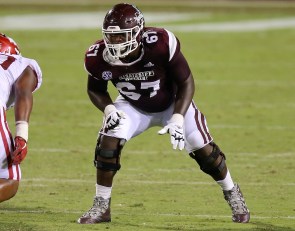