The Legitimacy of the 2017 World Series

The Legitimacy of the 2017 World Series

Cheaters never win – Except in 2017. In one of the most exhilarating World Series in recent history, the Houston Astros defeated the Los Angeles Dodgers in seven games. However, despite an incredible display of baseball from both sides, post-series discoveries made this one of the most disgraceful sport showings ever.

Following the 2019 postseason, former Houston pitcher Mike Fiers came clean about the Astros sign-stealing scandal. This is when it was discovered that the Astros were using the center field camera to relay the catcher’s signs to their hitters by banging on trash cans.

For at least three seasons (2017-2019), Houston had a technological advantage on their opponent during home games, which resulted in two World Series appearances and a championship banner.

It was a despicable display of gamesmanship for a team that should have been punished harsher, however, in the end, the Astros were the 2017 champions. And while that series victory is anything but legit, their achievements as a franchise should not be overlooked.

Houston gained a competitive edge on their opponents for who knows how many games in 2017, but despite their ethical follies, it cannot be denied they did not earn their way to the top. The level of talent on this roster was absurd and the crazy part is that most of their key players were homegrown.

They endured six consecutive losing seasons prior to 2015, which included three straight 100+ loss seasons from 2011-2013. They were terrible and committed to it because they understood that the only way they would turn their franchise around was by completely embracing the rebuild.

Tanking is a phrase popularized in sports over the last decade, however, the Astros were one of the first to fully commit to the idea. Their philosophy was out with the old and in with new; therefore, their first step was to trade away anyone who withheld value.

Houston legitimately refused to keep any veteran assets on their roster, which resulted in them trading away lots of very viable talent. Hunter Pence, Michael Bourn, and Carlos Lee are just a few of the many key players the team dealt during this time. They wanted to start from scratch with their budget, roster, coaching staff, and even the entire way they play the game.

Following the 2011 season, Houston hired Jeff Luhnow, who was part of the St. Louis Cardinals scouting department and was coming off a World Series victory in large part due to the players Luhnow helped produce. His reputation for strong player development and finding young talent is what attracted Houston to him. They felt he was the ideal general manager to push the franchise in the direction they wanted.

With Luhnow at the helm and their roster essentially running at a Triple-A level, the next few years would be a painful to watch for Astros fans. From 2011-2013, the team would regularly be in the bottom of the league in nearly every offensive category, allow an embarrassingly high amount of runs, and be leaders in the errors department. Calling their play atrocious during this span would be an understatement.

The MLB even moved the Astros to the American League prior to the 2013 season because the league wanted 15 teams in each league and with Houston consistently lacking any hint of competitive nature at the time, they became the logical choice and in turn, the odd team out in the NL Central.

However, despite the lackluster teams being put on the field, there was still a purpose for all that was transpiring. Firstly, it allowed young prospects such as Jose Altuve, Marwin Gonzales, and Dallas Keuchel to develop at the Major League level without any real repercussions.

But most importantly, being at the bottom of the league meant that they would accumulate multiple great draft picks. This is where Luhnow comes into play, as his ability to scout future stars is what this rebuild was all about.

Their first noteworthy first-rounder was George Springer at 11th overall in 2011. The outfielder was an instant fixture within the Astros lineup, as he provided the necessary power and clutch hitting to the top of the Houston batting order. Springer would become a three-time All-Star, two-time Silver Slugger, and World Series MVP.

That last award is tainted; however, five home runs in seven games with a 1.471 OPS is out of this world impressive. Also, one of the most important hits of the series was Springer’s 11th inning Game 2 home run at Dodger Stadium to prevent Houston from falling behind 0-2.

Everything the Astros did from the offensive side of the ball in 2017 should be taken with a grain of salt, but clutch hitting is hard to come by and Springer displayed it in this series.

Carlos Correa was the first overall pick in 2012. He was their reward for their first season at the bottom in 2011. The explosive shortstop with incredible pop and a flare for the dramatic had scouts comparing him to the likes of Alex Rodriguez. With Correa and Altuve set to be Houston’s double-play threat of the future, the Astros felt they had one of the best middle infields in baseball.

Correa shined as soon as he made it to the show, as he won the American League Rookie of the Year in 2015 and helped the Astros make the postseason for the first time in a decade during that season. He was a very above-average shortstop offensively, but where he has thrived as his career has progressed has been with his glove – winning both the gold and platinum glove this past season. Correa has a career .837 OPS, which for a player at his position is sensational.

The final piece to the puzzle Houston was able to obtain through the draft was third baseman Alex Bregman, who was selected second overall in 2015. The Astros earned the first overall pick three seasons in a row, however, while Correa panned out, the other two are interesting cases.

Mark Appel was a pitcher drafted first overall in 2013 from Stanford, though injuries and underperformance are what held him back from making it to the big leagues. While he can be considered a bust, he was an important trade piece in the Ken Giles trade, as the reliever would be a pivotal part of the 2017 championship team.

However, the real anomaly was 2014’s first overall pick: Brady Aiken. This left-handed high school pitcher had originally agreed to sign with a $6.5 million signing bonus with Houston. However, after the organization discovered elbow inflammation in his throwing arm, they reduced the offer to $5 million which therefore caused a dispute, and it ultimately led to him not signing with the team.

This is every organization’s worst nightmare, especially when they are unable to retain the first overall pick, but despite the controversy at the time, this decision by Aiken to not sign would end up being a blessing in disguise as they were awarded the second pick as compensation in the following years draft: Bregman.

The young third baseman was an instant fan favorite due to his enthusiastic personality and presence on social media. Shockingly, before everything came out, the Houston Astros were a likable team. Bregman flew through their minor league system and debuted just one year after being drafted. Similar to Correa, the infielder from LSU was an instant contributor the moment he made the majors. By 2017, he was a mainstay within the heart of the Astros lineup.

Houston developed their roster from the ground up. They added a few pieces along the way – Justin Verlander, Josh Reddick, Evan Gattis – but overall, their team was built through the draft. Back in 2014, a writer for Sports Illustrated even predicted the Astros would win the World Series in 2017 because of their elite farm system. It seemed ludicrous at the time, but the hot take had genuine weight behind it.

These Houston Astros teams that began to find success in 2015 were no fluke. They had a formula that worked perfectly for today’s game. While there is skepticism behind all the Astros 2017 statistics, the theme with their entire rosters hitting approach is consistent. Houston led the MLB in OPS, but what they specialized in was not striking out. They were first in all of baseball with the fewest strikeouts.

In a sport that is embracing launch angle and lifting the ball, strikeouts have been constantly on the rise. However, the Astros philosophy is to put the ball in play and this tactic has proven effective. Many might attribute these bloated offensive numbers to the cheating scandal; however, this past season Houston led the MLB in batting average, was second in OPS, and had the second-fewest strikeouts in baseball.

Say what you want about the front office, they know how to run a ball club. Three World Series appearances, five consecutive trips to the ALCS, and a championship all in the last five seasons.

They did not play fairly; no one can deny that. However, they did everything else the right way; build up the farm system, free up salary for potential future assets, and commit to a specific style of baseball, whether it is successful or not.

There should be an asterisk next to the Houston Astros’ name in the history books for their 2017 World Series victory, but they became champions because of a genius front office and that aspect should not be ignored. Their morals are skewed but they are a well-run organization, and their championship ring is not solely because they cheated. They played their cards right and other organizations around baseball should take notes because Houston’s formula worked. 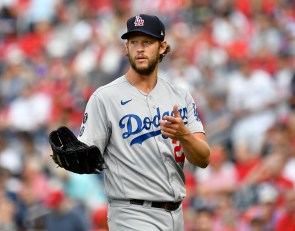 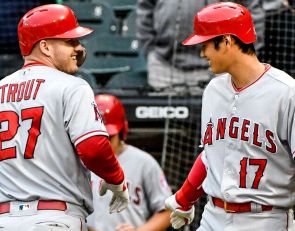