After working long-term as an assistant coach under Gregg Popovich with the San Antonio Spurs, Becky Hammon is going back to the WNBA, this time as a first-time head coach. Hammon agreed to leave the Spurs to coach the Las Vegas Aces, a team that just appeared in the WNBA Finals a few seasons ago. Hammon will be replacing Bill Laimbeer who had tremendous success running the Aces and she looks to be a homerun hire for Las Vegas.

Despite much speculation about whether she would wait to take over the reigns of the Spurs once Popovich stepped down; this was an opportunity she couldn’t pass on. Hammon is seen as one of the brightest minds in all of basketball and will certainly help the Aces in their quest towards a WNBA title.

Leadership 🗣🗣#FBF to @BeckyHammon mic'd up at the 2019 Summer League with the @spurs.

Who's ready to see her in the @LVAces huddle?? 🙋‍♀️ pic.twitter.com/23vmHmoylG

She has interviewed for multiple NBA head coaching jobs including for the Portland Trail Blazers last season, who ultimately decided to fill the role with Chauncey Billups. She was not offered any of the NBA jobs that she applied for and has recently said that she had “no intentions of leaving the NBA”. However, the opportunity to coach a team as talented as the Aces was too good for her to miss on and she felt as if this was the correct time to make the leap.

Hammon on making the decision (Q from @teampersley): "A lot did go into this decision. A lot of sleepless nights, to be honest. But at the end of the day, this is a tremendous opportunity… When [Nikki Fargas] she first called, I had no intentions of leaving the NBA."

Many expected the long tenured member of the Spurs to become the first female head coach in the NBA but for now she can take the reigns of a highly successful WNBA franchise and gain more experience leading a team. The WNBA is filled with many talented players and while it has not yet reached the level of mainstream attention as it should, the league continues to grow and grab more attention every year. This past 2021 season, the WNBA viewership jumped over 35 percent more than the previous year and it delivered its most-watched season since 2008. Game two of the WNBA Finals was the most watched game two of the championship series since 2003, peaking at over one million viewers. The league has also gained traction with new sponsors, merchandise, and technology that has helped the overall growth.

The addition of Hammon back to the WNBA should only increase viewership and revenue for the league since she is one of the biggest stars under the coaching spotlight. This is an amazing opportunity for Hammon to show off her skills as a coach and remind everyone in both the WNBA and NBA what a powerful basketball mind she truly is. Being able to sit and absorb knowledge from a historic coach such as Popovich has allowed her the opportunity to really learn and grow her skillset. There is a reason that the Aces have made her the highest paid coach in the WNBA and have even granted her input on personnel decisions.

The Aces have the 2020 MVP in A’ja Wilson on their roster as well as center Liz Cambage and guard Kelsey Plum so the addition of Hammon should only allow this team the potential to grow. They finished with the second-best record in the WNBA last season and look to be a strong contender going forward. They will open their season on May 6th on the road against the Phoenix Mercury with her home coaching debut coming two days later on May 8th when Las Vegas hosts the Seattle Storm. It is about time that some team took a chance on Hammon as she has been deserving of this honor for a long time now. 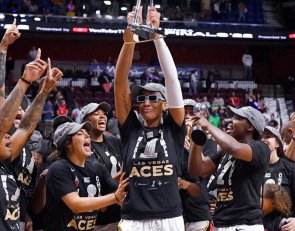 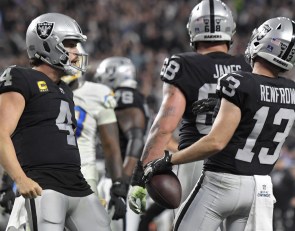 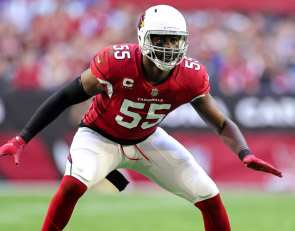 Chandler Jones, Not Davante Adams, Is The Key For The Las Vegas Raiders Success In 2022