LeBron James and the Los Angeles Lakers are in the midst of a very disappointing season thus far after such high expectations coming into the season. However, what James has been doing in his 19th season at 37-years-old has been simply incredible. Far too often in sports, we as fans forget to live in the moment and realize that true greatness is being displayed in front of us and this is one of those times. James is averaging 29.1 points per game, 7.4 rebounds, and 6.6 assists in what may be one of his greatest individual seasons put together in his career. He is still extremely effective and showing that he is still capable of carrying a mediocre team. At this point in his career, he shouldn’t be having to carry a team, but the reality of the situation is that if this Lakers team wants to have any success this season, it all falls on the shoulders of James.

Recently, he has taken on the role of playing center for the Lakers and the results on-court have paid off as the Lakers seem to be playing better basketball since the move. This is in part due to co-star Anthony Davis being injured and James needing to take on more of the burden for this team. The roster he is working with has some good players on it, but it hasn’t meshed as well as hoped in the offseason. The pairing of James, Davis, and guard Russell Westbrook was questionable going into the season and halfway through, it seems that it may not work out. It remains to be seen what will come of this Lakers team down the line as it’s likely they will explore the trade route to improve the roster. Despite the shortcomings of the team, James has formed chemistry with a few of the role players on the Lakers including guard Malik Monk but as always, James is the star that shines the brightest.

The Lakers currently sit at a record of 21-21, right in the middle of the Western Conference playoff picture and much of that can be attributed to the play of James. He is averaging the highest per-game number of steals since his days with the Miami Heat at 1.7 and averages 1.1 blocks a game, his highest since his early Cleveland days. This stretch of games this season is one of the best he has had over the course of his career, and it doesn’t look to be slowing down anytime soon. Over the years we all have come to expect these kind of numbers from James but the underlining factor that makes this season so incredible is the fact that he is in his 19th season in the National Basketball Association.

Father Time comes for all but for now, it looks like James has delayed his meeting and that is a beautiful thing for basketball fans. While James has spent his career breaking so many records and creating marvelous feats of accomplishment, he has also been ridiculed and criticized far too often. He has won multiple championships with multiple teams, won MVP awards, and been a special ambassador for the league so while some of the criticism has been fair over the years, at this point in his career we all need to just sit back and enjoy the ride that is watching him play basketball. He won’t be playing forever so instead of tearing him down, his greatness needs to be appreciated even more because it is likely that we will never see another player like him again. He is once again showing us all why he is heavily debated in the discussion for the title of the greatest of all time. 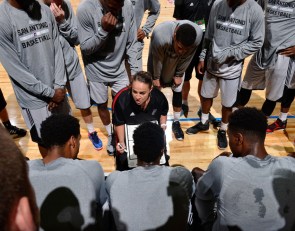 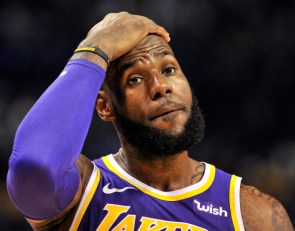 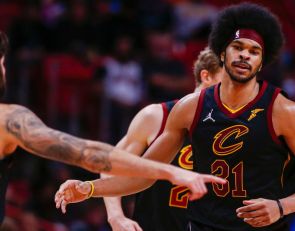