Over the past few months, we’ve been seeing a lot of different sparring takes from active fighters as well as retired ones. You have some people who think that sparring is strictly to help your teammates get better and you shouldn’t be intending on hurting them.

We have another set of people saying that you should spar how you fight so once it’s time to fight then you can be fully prepared. Also, you have guys like Sean Strickland who are known to spar extremely hard, and with that can come a lot of backlash and turmoil if you are not open and out front about what you’re doing. For example, if you were known as a guy who spars hard often, it won’t shock any want to see a video surfacing years later of you knocking out a sparring partner.

Most recently, we’ve seen Francis Ngannou have an issue with his former head coach putting out some sparring footage of him and Ciryl Gane, which was huge in the leadup for the fight. There are some unwritten rules to certain sports that if you’re not within the circle you just may not ever understand, so I’m going to break down a few unwritten rules of sparring.

First things first, both parties should be alright with that footage going out no matter how it turns out. If this isn’t the case then I don’t think that the footage should be put out to the public because it can make either fighter look a lot worse than they actually are, without us knowing the circumstances of that specific training session. For example, if a guy just got off of a 10-hour flight from halfway across the world and he’s landed and coming in just to get a shakeout and break a sweat, that isn’t going to be his best day in the gym.

What if you throw him in there against the guy who is in training camp ready to fight within the next couple of weeks, it’s very likely that the fighter training for an upcoming fight will be in better shape and will most likely win the exchanges while sparring. This is why it’s of the utmost importance to make sure that both guys are fine with it.

The next rule of sparring is to not hurt your partner. This may be the most important rule because obviously these guys are trained fighters so they know what shots will put guys out and what shots you should be able to take at that level. If you are a professional fighter sparring with an amateur you should know first and foremost that protective gear should be worn on the amateur’s side. If you see an amateur trying to spar without headgear for example it can end badly. We’ve seen this footage being released by Colby Covington when Dustin Poirier was sparring against an amateur and he ended up knocking him out.

So, Colby Covington released the sparring footage of Dustin Poirier sparring an amateur who came to help him prepare for one of his fights.

Who’s side are you on here? Is DP in the right or wrong?

This wasn’t the worst thing as Dustin later came out and cleared up all of the backlash he was getting from it, but the fact of the matter stands everyone should be safe while at the gym. If you just wake up one day and you feel like sparring you shouldn’t be punished as if this was a fight that you were supposed to prepare the last eight weeks for. Take care of your training partners now more than ever, with mental health making a surge of importance to the public eye. You have to make sure that you aren’t hitting them with extremely devastating blows to the point in which their fight camps could be compromised or even be forcing them to pull out of a fight due to an injury caused by a teammate as TJ Dillashaw documented below:

Another thing about sparring is that it’s circumstantial. If I have a fight against an extremely high-level grappler, I’m going to make sure the majority of my training partners are grappling-heavy. If the point of the entire camp is to make me a better grappler, I’m going to have to spar with these guys who have flown in from all over the world to come help me. Now obviously not all fighters have the financial resources to be able to do these things so sometimes they improvise.

What this would look like is a training partner who I’m in the gym with on a daily basis who isn’t a great grappler is now going to have to mimic my future opponent for my upcoming match. The coaches will let my partners know to be grappling-heavy in our sessions, and it’s up to them to abide by that. If I’m landing more shots on them than I normally do on a daily basis then they may get upset and change their grappling-heavy attack.

This is something that should never be done when you’re trying to help a teammate prepare for a fight because you’re allowing your ego to overtake the main focus. If my partners are upset that I’m beating them when they’re in a very grappling-heavy scenario, they may revert back to their old ways of fighting me just so that they don’t get humiliated and beaten all day.

The rules are the rules in this scenario and if I’m fighting a heavy grappler I need my teammates to be heavy grapplers. I can’t have my teammates’ egos get in the way throughout my entire camp every time we spar and now when I’m in the cage with the grappler I’m not as prepared as I could’ve been simply because my partners threw me off course.

Lastly, the biggest unwritten rule of sparring is “what happens in the gym, stays in the gym.” Even if you don’t have the footage you should not be going around claiming that you got the better of someone during sparring nor should they be claiming that about you. Sparring is to help one another get better at whatever particular thing they are working on at the time, and it should be treated as such.

You’ve heard stories about guys who were just cutting their teeth in the UFC sparring with champions and possibly getting the better of them. For example, this was relevant with the Cory Sandhagen and TJ Dillashaw matchup recently. It’s not that they’re better than the champions, it’s simply because sparring is to help everyone involved. Unless you have the entire camp centered around you, you’re likely sparring to help your teammate as well so don’t be that guy who comes out years after we’ve sparred who tells me how bad you beat me.

This may cause you to lose respect from not only your teammates, but coaches as well, and other gyms may be inclined to not host you if you are in the area going forward if you’ve been labeled as a ‘Chatty Patty’. 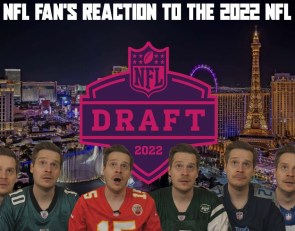