Well, Rangers fans, you did it. You survived 2021. For those of you who have been reading since I started this series last season, this is the second time I have carried you through an exchange of calendar years. As always, I appreciate any readership and I hope I have done a serviceable job conveying Rangers games to the folks that don’t catch them on the television.

This was the first week of Rangers hockey since prior to the Christmas break, and there were two games postponed against Montreal and Detroit that made this break as long as it was. Much like the rest of you, I was so excited for the Rangers to resume play. They helped us wave goodbye to 2021 and welcomed us into 2022 a couple of days later. Without further ado, let’s get into the games.

This was the first Rangers game played in almost two weeks. This was also Igor Shesterkin’s first game back since suffering a lower-body injury. While the result was disappointing, this game actually served as a good return to play against a talented team that is among the league leaders. The biggest takeaway from this game is that Florida is a very good third-period team while the Rangers can struggle in that regard.

Artemi Panarin opened the scoring in the first period when he completed a nifty between-the-legs move with the puck, before sliding the backhand effort beneath the pads of Sergei Bobrovsky. Anton Lundell tied things up for the Panthers early in the second, finishing a big rebound chance. Seven minutes later the tie would be broken by Mika Zibanejad who collected a pass on the crease and buried it.

The Panthers scored three times in the third period to tie the game and then lead it. They got goals from MacKenzie Weegar, Carter Verhaeghe, and Anthony Duclair, the one-time New York Ranger. The Rangers would close the lead to 4-3 with under a minute remaining while they had six skaters on the ice. Chris Kreider came around the net to finish a rebound chance, but that was as close as the Rangers would get. Shesterkin finished with 28 saves on 32 shots while Bobrovsky posted 30 saves on 33 shots. Both teams went 0/2 on the powerplay.

so @artemiypanarin picking up right where he left off pic.twitter.com/WmrxDXnRvl

breadman to mika for the 2-1 lead! #NYR pic.twitter.com/qbMK9BsJr5

This game had to be cathartic for Barclay Goodrow. The former Lightning player took center stage to collect his Stanley Cup ring for being part of the championship team that won it all last season. He was asked to take the opening faceoff by Gerard Gallant as a show of honor. To top it all off he scored two goals to help his new team claim victory over his former.

The Rangers went down early on a typical Steven Stamkos powerplay one-timer. They tied it in the second when Brian Elliot misplayed a puck and delivered it to Alexis Lafrenière. Lafrenière wasted no time hitting the net. Another Elliot miscue led to the first Rangers lead of the day 10 minutes later. Greg McKegg collected the turnover and moved the puck to Goodrow, who patiently crossed the crease and found the five-hole. Ross Colton tied the game for Tampa before the end of the second with a snipe past Shesterkin.

Goodrow gave the Rangers another lead in the third when he deflected a K’Andre Miller shot. Corey Perry scored with about two minutes left to salvage a point for the Lightning and send the game to overtime. The scoreless overtime period gave way to a mostly scoreless shootout. Shesterkin stopped all Lightning attempts and Mika Zibanejad scored on the third attempt for the Rangers to secure the victory.

The Lightning shooters, in order, were Victor Hedman, Stamkos, and Brayden Point. The Rangers shooters were Kaapo Kakko, Panarin, and Zibanejad. Shesterkin finished with 25 saves on 28 shots while Elliott finished with 20 on 23. Tampa went 1/4 on the powerplay while New York went scoreless on all four of their powerplay opportunities. This was a great way for the team to say goodbye to 2021 on New Year’s Eve.

don't mind if I do 🥅 pic.twitter.com/8gAG4vLWzS

Goodrow all over the stat sheet #NYR pic.twitter.com/j75qI9xkPK

The Rangers got a day between their matchups against the Lightning, and this second game proved much more uneventful for the Lightning. This game was simple. The Rangers rode a hat trick from Zibanejad, the eighth of his career and seventh with the Rangers, along with a shutout from Shesterkin to a bang-up victory to start 2022.

The Rangers scored three times in the first period which about sealed the game. Zibanejad’s first goal was a powerplay goal from the spot that has become his office. He rifled a wrister from near the left-wing faceoff circle. His second goal also came on the powerplay, except it was supposed to be a pass that bounced off a Tampa Bay player and into the net.

Ryan Strome scored the third goal of the period, sniping a shot from the slot off of a pass from Goodrow. The final goal of the game, the one that secured the hat trick for Zibaenjad, came off the forecheck in the offensive zone. Kreider collected the puck and slid it across the crease where Zibanejad finished it. The play was challenged but confirmed, and none of the hats that hit the ice had to be returned.

Shesterkin finished with 38 saves while Andrei Vasilevskiy finished with only 17 saves on 21 shots against. The Lightning went 0/2 on the powerplay while the Rangers went 2/3.

What a shot from Mika! pic.twitter.com/8ANd7vd1md

You love to see it! pic.twitter.com/QZNj7oitrJ

Goodrow with the defensive play and Stromer with the finish! pic.twitter.com/aKQmY0geoM

It would be easy to assume that the offense was what secured this victory for the Rangers, and you wouldn’t be completely wrong, but the man deserving the most praise for this victory was the man between the pipes, Alexandar Georgiev. The Rangers dominated most of the game, but in the end, when the Oilers were banging on the doorstep, Georgiev kept them at bay. Specifically, he robbed Connor McDavid of a sure goal with just a few minutes left in the game, a play the fans were so appreciative of that his name began ringing around Madison Square Garden.

This was the second game without Artemi Panarin, who entered COVID protocol after the first game against the Lightning. A combined eight goals without him in the lineup leaves literally nothing to be desired.

Ryan Strome had a particularly impressive game and notched three points on the night. He assisted on the first goal of the game by stealing the puck from Mikko Koskinen and sending it to Lafrenière for a basically empty-net-goal. Lafrenière provided the helper on the second goal of the game, delivering the puck to Goodrow in the slot who sent it home. Ryan McLeod scored for the Oilers to make it 2-1 but that would be their only goal of the night.

Chris Kreider scored the third goal of the night on a net-front deflection for a powerplay goal. He is now second in the league when it comes to powerplay goals. Strome would score the final goal of the game a bit gratuitously when his pass bounced in off an Edmonton defender.

Georgiev finished with 33 saves on 34 shots while Koskinen finished with 24 of 28. The Rangers went 1/5 on the powerplay while the Oilers went 0/2.

Lafreniere on the finish!

What a play from Stromer 🙌 pic.twitter.com/K1zlC8VE08

Just another day at the office for Kreider 👨‍💼

Stromer gets his 8th goal of the season pic.twitter.com/FIcLVfYOpY

The fans went from no Rangers hockey for nearly two weeks, to a week filled with Rangers victories. Lafrenière has been playing a complete game, Goodrow is making it clear why he was signed in the offseason, and the goaltending has been solid. The biggest stressor now is the ongoing COVID scare and how soon Panarin can return to the lineup.

The Rangers will be going on a Western Conference road trip starting this week. They play at Vegas on Thursday, at Anaheim on Saturday, and then at Los Angeles on Monday. If I myself can pass a COVID test prior to Saturday I will be in attendance to catch the Rangers-Ducks game in what should be an incredibly exciting matchup between two young teams. The Rangers haven’t had the best luck against Western Conference teams so far this season so I wouldn’t be surprised if they slide a little bit. 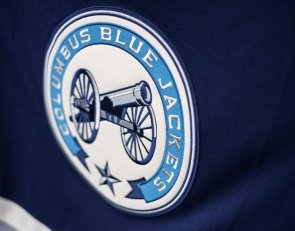 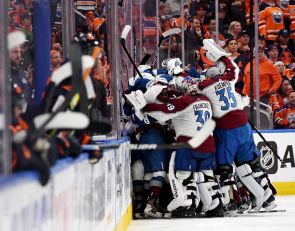 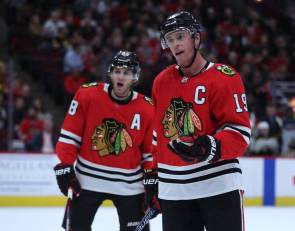