Tonight, the Boston Celtics play host to the Portland Trail Blazers in TD Garden at 7:30 pm. Portland comes into this game winning just two of their last five games. CJ McCollum has returned for the Blazers and played in their last two games against Orlando and Miami. They’ve eased him back slowly as he’s only played 30 minutes on average between the two contests. Portland still has a long list of injuries with notable starters Damian Lillard, Larry Nance Jr, and Norman Powell all out for tonight’s matchups. The Trail Blazers have an ugly 4-15 record on the road.

Boston comes into this home game with some momentum after what’s been an up and down year so far. Winners of their last seven games, the Celtics are playing their best basketball of the season in this recent stretch. One reason why is the stellar play of their two stars Jayson Tatum and Jaylen Brown. Tatum averaged 24ppg, 8rpg, and 4apg while Brown has matched that with 23ppg, 7rpg, and 4apg of his own. Both of the Celtics’ recent trade acquisitions won’t play as Bol and Dozier are out with prolonged injuries. The Celtics have a solid 15-9 record at home.

How Portland Can Win:

If the Blazers want to pull off the road upset, they’ll have to have excellent performances from their two lead guards. Expect McCollum to get a lot more run then the last two games. His backcourt partner for tonight, Anfernee Simons has been sensational as of late.

In his last eight games, Simons is averaging 26 PTS and 8 AST on 49/42/90 splits. It will be pivotal for both guards to generate high-level offense for themselves and their teammates. The Celtics have a great defense with the 5th best DRTG. However, there is one issue. If the Celtics’ best perimeter defender Marcus Smart can’t play tonight (listed as questionable) then McCollum and Simons will be in line for potentially great outings. The rest of the Blazers roster aren’t able to create a whole lot of offense for themselves.

Covington is a spot-up shooter and Nurkic thrives as a PnR roll man. The rest are mainly play finishers which is why it’s so critical that Simons and McCollum play well. If Smart can’t play, expect Simons to continue his hot shooting streak. The X-Factor will be McCollum, if he’s back at his normal amount of minutes and shots then he and Simons could be able to will the Portland Trail Blazers to the road victory.

On the Celtics side of the coin, they have injuries as well but not to their star players. Tatum and Brown will be in the lineup and the matchup looks like one they’ll enjoy. Even with Nance Jr., the Trail Blazers have been one of the worst defensive teams in the NBA with a 114 DRTG which ranks 29th in the league. A favorable matchup to say the least for the Celtics stars who are starting to find their groove together. Smart and Williams are listed as questionable for tonight’s game.

Without two key role players, expect the Celtics to bump Grant Williams and Dennis Schroder into the starting lineup as they’ve done the last couple of games. Williams is in the midst of a bounceback season and has seen a massive spike in his shooting numbers. Schroder has been inconsistent but still very capable of putting together a great performance when he’s given a bit more freedom in the offense. An X-Factor for Boston will be the matchup between Horford and Nurkic down low.

It’s a clash of styles of sorts as Nurkic is a nimble and agile big for his huge size while Horford is still as fundamentally sound on defense as ever and plays above his height. If Tatum and Brown have on nights and shoot well from the floor then the Celtics will be in good shape to win this game. 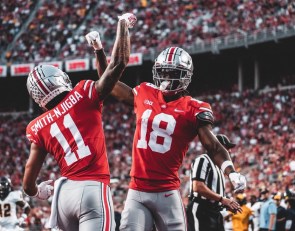