The Detroit Pistons will be heading down to Orlando to take on the Magic tonight in what is a battle between the two worst teams in the NBA. Both teams come into this matchup at the bottom of the Eastern Conference standings, with the Pistons faring just slightly better than Orlando. The Pistons come in with a 11-36 record and are riding a three-game losing streak while the Magic sit at 9-40 and lost their last contest to the Los Angeles Clippers. These two teams have played each other twice this season already, with Detroit taking both games. The Pistons are 4-6 over their last ten games while Orlando is just 2-8 in their last ten.

The Magic have been bad at home this season, holding a record 3-18 while Detroit is only 4-21 on the road themselves. Record wise, this isn’t a super exciting matchup but both squads do have some nice young talent that could make this game fun to watch. This game should be considered a true toss up with how each team has played this season but nonetheless, a winner must emerge victorious.

How Detroit can win: In the Pistons last game against the Denver Nuggets, guard Cade Cunningham dropped a career-high 34 points. He became the youngest NBA player in history to post a 30-5-5 game and he hit six of nine from the three-point line. Cunningham has played well as of late and has shown some real flashes of brilliance, showing why he was the first overall pick in this year’s draft. However, in the two games against Orlando this season already, Cunningham is only averaging seven points per game on shooting splits of 18.2 field goal percentage and a zero three-point shooting percentage. The Pistons will need Cunningham to play well against the Magic if Detroit is to pick up another win.

As a team, Detroit is averaging 102 points per game on 42.1 percent shooting and are allowing 111.6 points per game on 47.3 percent shooting. Luckily for the Pistons, the Magic are ranked 28th in offensive efficiency in the NBA and only 23rd in defensive efficiency. The Pistons have been starting smaller centers of late in Isaiah Stewart and Saddiq Bey, which could cause them some issues against a bigger Magic team that has Wendell Carter Jr. and Mo Bomba at their disposal.

How Orlando can win: If Orlando is to win this game, they’ll need their young players to step up. Point guard Cole Anthony has been a nice piece for Orlando, averaging 18 points, six rebounds, and 5.9 assists per game but has struggled of late. The Magic, as a team, are averaging 102.1 points per game on 42.9 percent shooting and are shooting 32.5 percent from beyond the arch. Despite all their offensive troubles, the Magic actually hold a better offensive rating than the Pistons do.

Against this smaller Pistons team, the Magic should look to use their size to their advantage. Their frontcourt has an average height of six foot 11 inches and a wingspan of seven-foot-three which has attributed to how Orlando is able to hold their own defensively at times. They are holding opponents to 110.6 points per game on 46 percent shooting and will need to step up on the defensive side of the ball if they want a win.

-While both teams come in with their own problems, the Pistons have slightly been the better team and are riding the confidence of beating the Magic twice already. They can throw out a potential future All-Star in Cade Cunningham which could likely be the difference in a game as close as this. Give me Detroit to earn another win over Orlando and separate themselves just a little more from last place in the NBA standings. 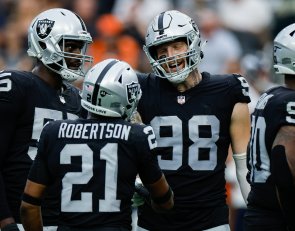