Most Vital Individual and Positonal Group Matchups of Championship Weekend

Most Vital Individual and Positonal Group Matchups of Championship Weekend

Home versus away, favorite versus underdog, and 11-on-11 are all ways to describe a football game. In reality, it’s much more than that. If the divisional round of the playoffs taught the football world anything, it’s that every single detail matters. When you zoom in, the game can be broken down into key individual and positional group matchups that decide the fate of coaches, players, general managers, etc. Although there’s only two games this weekend, the stakes are as high as ever for the players featured in the following matchups.

The Titans sacked Joe Burrow nine times in the divisional round, tying an NFL record. Let that sink in. Despite the heavy pressure, Burrow found a way to squeak out of Nashville with a victory, but it’s unlikely his Bengals would be that fortunate once again if the same problems show up in Kansas City. Luckily for the Bengals, the Chiefs finished the regular season with 31 sacks, the 29th most in the NFL. Although the Chiefs defensive line doesn’t have the numbers to paint them as a top-tier unit, they certainly have enough talent with Chris Jones, Frank Clark and Melvin Ingram suiting up. That group should be ecstatic for the opportunity to play an offensive line that was torn apart by Jeffery Simmons, Bud Dupree, Harold Landry, and quite frankly everyone in the Titans’ front seven. With their backs against the wall, the Bengals offensive line faces more pressure now than ever. Can Jonah Williams, Quinton Spain, Trey Hopkins, Hakeem Adeniji and Isaiah Prince keep Burrow standing? The whole city of Cincinnati will be pondering that question all week. It’ll be tough, especially in a potential shootout, but if the Bengals can find a way to keep Burrow’s jersey clean, they may be able to do the unthinkable or at least keep things interesting.

The 49ers’ Secondary vs. Matthew Stafford

The most important number in this matchup is two. The 49ers have beat the Rams two times this season and in each of those games, Rams’ quarterback Matthew Stafford has thrown two interceptions. While Stafford shouldn’t get all of the blame for the Rams’ previous duds against the 49ers, it is inarguable that quarterback play and turnovers greatly affect every team. The Rams’ recipe for success has been formulated in their two playoff wins this season as Stafford has played relatively clean games and put his defense in great positions to succeed. This weekend, Cam Akers, Cooper Kupp, and center Brian Allen gave the entire league a friendly reminder of just how scary games can get when you start turning it over. Luckily for Los Angeles, they were able to narrowly overcome those turnovers against Tom Brady and Tampa Bay. However, history has shown that those types of mistakes will not go unpunished against San Francisco. If players in the 49ers pass coverage like Jimmie Ward, Jaquiski Tartt, Emmanuel Mosley, etc. can come up with one big play, it may make all of the difference. San Francisco’s pass rush should provide its secondary to make big plays. However, the question still remains, will that pressure get to Stafford? San Francisco is surely hoping so. 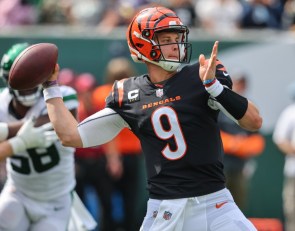