The defending NBA champs take on an up and coming challenger in what will be the rubber match for the season series. Milwaukee won the first matchup with a score of 112-104. In turn, Cleveland responded with a trouncing of the Bucks 119-90. After some rocky play in early January, the Bucks have picked it up and are on a three-game win streak. This includes victories over the Kings, Bulls, and Grizzlies. Likewise, for the Cavs, this is another big test on their way to proving themselves as legit threats in the East. Cleveland comes into this game as one of the hottest teams in basketball.

They’ve won five of their last six games and are now 10 games above .500. They boast a 14-9 record as the home team while the Bucks sit at 13-11 on the road. When it comes to who’s in and who’s out, Grayson Allen will be serving his one-game suspension as a result of his dirty play on Alex Caruso. Wesley Matthews and Brook Lopez will also be out. MVP candidate Giannis Antetokounmpo is probable for tonight with a knee injury. On Cleveland’s side, Rubio and Sexton will obviously be out as they’ve sustained season-ending injuries. In addition to their loss, Lauri Markkanen is out with an ankle injury and Jarrett Allen will miss the game due to illness.

How Milwaukee Can Win:

Assuming Giannis plays, the Bucks will be in very good shape to take on a battered and bruised Cavs team. Cleveland is still no slouch at all. They’re on a hot streak for a reason and compete in every single game even if they’re overmatched. The matchups to watch are Giannis Antetokounmpo vs Evan Mobley and Jrue Holiday vs Darius Garland. Since Jarrett Allen is out of the lineup, the onus will be on Mobley to protect the rim and go head to head against one of the games best. While Mobley is already playing at a near All-NBA defense level as a rookie, Antetokounmpo has a clear advantage.

Antetokounmpo has the strength that Mobley doesn’t yet possess to take him to the rack and finish over him cleanly. The other big-time matchup for the Bucks is on the other side. Defensively, Holiday must play lockdown defense against potential first-time All-Star Darius Garland. In particular, he must do a good job of navigating screens to stay out in front of Garland and prevent him from using his shiftiness to get downhill and create offense. Winning these two matchups combined with shooting a high percentage clip from three-point land should net the Bucks a win.

How Cleveland Can Win:

One advantage the Cavs normally have over their opponent is size. They’re becoming known for throwing out lineups with two or more “bigs”. Without Allen and even Markkanen, this advantage is more likely to become neutralized so the Cavs will have to find another way to win. Both their lead guards for tonight must facilitate the basketball at a high level. Garland and Rondo are smart decision-makers in their own respective ways but together they have to pick apart the Bucks defense and find open teammates for high-quality shots. Moving without the basketball is something the Cavs do quite well.

They rank No. 3 in the NBA in cutting frequency 9.5%. An X-factor for the Cavs will be Kevin Love. He’s playing great basketball as of late, averaging 16 ppg and 7 rpg in his last 15 games. He’s also shooting over 40% from three this year. It’s this high octane floor spacing value he provides that is the key for tonight’s matchup. The Cavs should run a lot of Garland and Love pick and pop actions to free up Love for three-point looks. Incorporate that with their fantastic cutting and the Cavs have a recipe for success ahead of tonight’s 7:00 p.m. game against the Bucks. 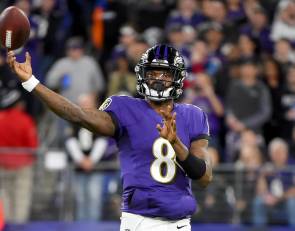