Matchmaking for Some of the UFC's Top Prospects

Matchmaking for Some of the UFC's Top Prospects

The UFC is filled with up-and-coming talent everywhere. From the unranked waters of the shark tank known as the bantamweight division to the top 10 of the UFC’s glorious 170-pound division, young contenders are making a name for themselves in ways that will set their careers up for years to come. The only problem is, nobody wants to step in the cage with most of them…and for the others, there aren’t many fights that make sense for their current standing in their respective divisions.

The fans want to see these talented martial artists in the ring as soon as possible, with only speculation fueling their next possible appearances. That’s why I’ll be doing a service to the MMA Community, as I book bouts for some of the UFC’s rising stars, acting as an interim head matchmaker.

In the words of TWSN’s wise CEO, “Mystic” Malik Wright, “Khamzat Chimaev has the potential to be the first 3-division champion in UFC history.” And that statement is 100% true. Chimaev’s pure strength, size, and ability to manhandle a 6-feet-0-inches, top 15 UFC WW makes him as close to a mythic fighter as one could get. If a guy like Alexander Gustafsson, who tends to be more reserved and humble, makes a statement saying that Chimaev could knock out the No. 1 P4P fighter in the world, with striking that he has yet to put on full display, you know this man is a *serious* threat. The thing that makes people love Chimaev, even more, is his personality, which, long story short, is insane.

His killer mentality, wild mic skills, and out-of-pocket yelling have made Chimaev a fan favorite. There is no doubt in my mind that he would accept a fight in Brazil, against a loved Brazilian opponent. Burns’s world-class BJJ and dynamite hands versus the WW Boogeyman’s all-around game of a future champ. Sign me up. As good as the fight would be, Chimaev’s post fight Octagon interview would be even better, brother. 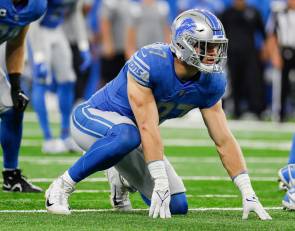