Joe Smith Jr. is the Best Light Heavyweight in the World

Joe Smith Jr. is the Best Light Heavyweight in the World

Joe Smith Jr. retained his WBO light heavyweight world title on Jan. 15 against Steve Geffrard. Smith is on a path to unify the four major titles in the division and prove that he is the best 175-pound boxer.

Smith defeated Geffrard via ninth-round TKO in his first title defense. Geffard took the fight as a late replacement and failed to dethrone the champion on short notice. Smith kept up a pace throughout the duration of the fight that Geffrard could not match.

This fight was a solid litmus test for Smith because he avoided a potential upset from a relatively unknown challenger. Smith (28-3, 22 KOs) won the vacant WBO light heavyweight title in April with a majority decision win against Maxim Vlasov.

Smith’s path back to a world title was a long one. He lost to WBA light heavyweight champion Dmitry Bivol in March 2019 and was forced to work his way back up the ranks. Before then, he lost his WBC international light heavyweight title to Sullivan Barrera in July 2017.

His story is different than the other two titleholders, Bivol and Artur Beterbiev. Bivol and Beterbiev are currently undefeated and came up as blue-chip prospects with bright futures. On the other hand, Smith was a construction worker from Long Island, N.Y., who elevated as a professional fighter when he beat Andrzej Fonfara via first-round TKO in June 2016.

He was not expected to stop Fonfara. Six months later, he shocked many people in December 2016 with an eighth-round KO against Bernard Hopkins that sent Hopkins out of the ring and into retirement. The win over Hopkins made him a recognizable name in the light heavyweight division.

In this day and age, it is not common for a world champion to have multiple losses on their record. Smith was able to get up from those three losses and become a world champion at 175 pounds.

If he is able to unify the belts, he will be able to show that he is a better fighter than he was in the past. There could be a possibility that Smith faces Canelo Alvarez down the line. Smith is ready to show the world that he is the best light heavyweight in boxing. 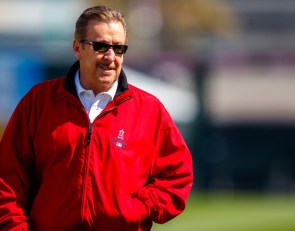 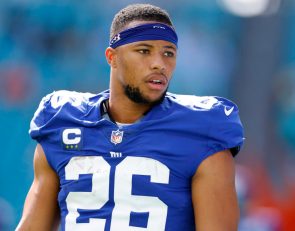