Jake Paul and Dana White Clash Over Social Media: Will We Ever See Jake Paul VS. Jorge Masvidal?

Jake Paul and Dana White Clash Over Social Media: Will We Ever See Jake Paul VS. Jorge Masvidal?

By now, MMA fans surely know the name Jake “The Problem Child” Paul. The Youtube sensation, now a boxer, has been making waves all of 2021. The 24-year-old Cleveland native knocked out both Ben Askren and Tyron Woodley in three total bouts this past year.

To bring in the new year, Paul recently tweeted a list of demands for Dana White, that if completed, Paul promises to retire from professional boxing and sign a one-day contract with the UFC to fight the current number six ranked welterweight, Jorge Masvidal.

The demands are centered around a change in benefits for UFC fighters, something that seems sincere at first, but many believe is just a ploy to rile up current fighters under White. Paul’s stipulations are as follows:

Happy new year @danawhite. Here is a real challenge for you…

I will immediately retire from boxing and fight Jorge Masvidal in the UFC if you agree to: pic.twitter.com/bJScDVITvL

White has since responded to these demands, and somewhat brushed them to the side, instead of coming back at Paul for suspected performance-enhancing substance use. White stated that if Paul is so sure that he uses illegal substances, then he can be tested for 10 years, as long as White can test Paul for PEDs for the next two years.

Masvidal has also weighed in on the prospective fight between Paul and himself. After it was revealed that Showtime only sold 65,000 pay-per-views for Paul-Woodley II, Masvidal tweeted “B**** boy can’t afford the big boys. Never again do I want to hear my name associated with the fake.”

After his most recent knockout of Woodley, Paul could have very well lit a fuse for a lot of rostered UFC competitors. As of now, it’s all speculation, but this relationship is certainly one to follow as Paul’s career and the UFC as an organization progress. And if there’s one thing we’ve realized about Jake and Logan Paul, it’s that they make the impossible happen, no matter how much you like it. 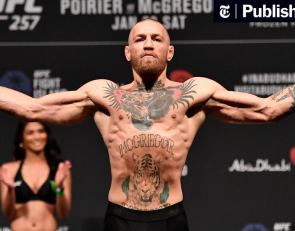 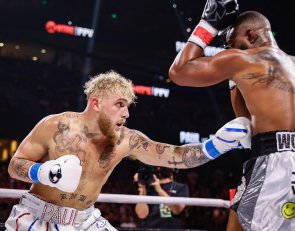 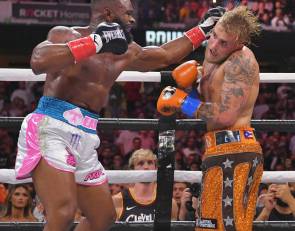