Tottenham Hotspur are close to completing a transfer deal with Wolverhampton Wanderers for Adama Traore. Traore is an interesting player who could play either as an attacker, as he currently plays for Wolves, or as a wingback. For Antonio Conte and Tottenham, it will be interesting to see how he will be used, and how Traore may be able to improve the north London side.

To first understand why this move might be made, and how he fills a need for Spurs, it is important to to look at their current Right Wingbacks. Traore can play at this position, and for Tottenham, they have struggled to find an effective Right Wingback to help progress play and help on the attack. Currently, Conte either uses Emerson Royal or Matt Doherty to play Right Wingback position, and neither have made a very positive impact in it.

First looking at Emerson, he struggles offensively. While being an above average defender for Spurs, he was originally brought in during former manager Nuno Espirito Santos. Under Nuno, Tottenham played with a back four, meaning that there was no wingback position and Emerson was able to play in his traditional Right Back spot. As a Right Back Emerson was good, showing flashes as he is competent at defending and is not required to participate in the build up as much as he is now under Conte’s either 3-4-3 or 3-5-2 system.

When seeing how Emerson plays, and in a way hurts the team, in Conte’s system let’s do a dive into Tottenham v Watford. In this game, Watford overloaded Tottenham’s left side, forcing the ball offense to go through Emerson. Emerson was left on an island, with Watford allowing him to get the ball before pressing him and forcing him to send a cross into the crowded box. Emerson is poor at crossing the ball, unlike Sergio Reguilon who plays Left Wingback for Spurs. This led to Spurs’ attack against Watford just devolving into an unsuccessful Emerson cross into the box. In addition, Emerson is not the best at progressing the ball. The Brazilian is not a real attacking threat to beat his man off the dribble, allowing defenders to play off him and force a cross that either finds nobody or is easily cleared by another defender. Overall, playing Emerson as a wingback plays to his weaknesses.

However, Tottenham’s other Right Wingback is no better than Emerson. Matt Doherty was brought in from Wolves in 2020 and is a more traditional wingback. Despite this, he rarely finds the starting lineup over Emerson. One big reason for this is that he has just been ineffective. For a wingback, it is important to look at their expected assist (xA). Last season Doherty was in the 45th for percentile for xA with about 0.06 expected assists per 90 minutes for fullbacks per Fbref.com. In addition, when looking at his shot creating actions, which is very important for a wingback, he only averaged 1.60 per 90 last season, which is in the 48th percentile. This season, while not getting much playing time, he has failed to impress. Just recently he played against Chelsea and in the match he could not connect on passes, leading to possible counter attacks being stopped in their tracks. In addition, like Emerson, Doherty is not a great dribbler and cannot create space on his own. This has led there to being a black hole at the Right Wingback position for Spurs, something that needs to be solved to make Conte’s system work.

Now this is where Traore comes in. Despite being wildly ineffective on crosses and shots, he creates a ton of chances. In comparison to attacking midfielders and wingers, he finishes in the 86th percentile in shot creating actions with 4.22 per match according to Fbref.com. Yes, Traore is not great at crossing or scoring goals, but what he is great at is opening up space. He is extremely hard to take off the ball and opens up a lot of space with his lightning quick and smart runs. What Adama Traore can bring to Spurs, is a threat. He creates a ton of chances, even if his end product is lacking. The hope is that with players like Son Heung-Min and Harry Kane, a lot of his created chances would turn into goals as Son and Kane some of the most clinical attackers in the world. With Traore in the fold, he would be able to open up space for Reguilon who is an above average crosser and attacker, and would now force opponents to be honest on the right side.

Obviously this is Tottenham’s hope. It is very possible that this could end up being a failed transfer as Traore’s ineffectiveness in the final third continues to plague him and he fails to even do the bare minimum in opening up space. However, only time will tell, but there is certainly reason for optimism as it looks like this transfer will get over the line any day now. 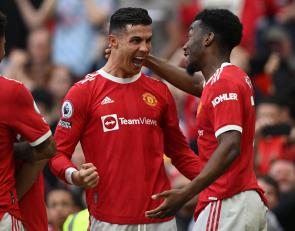 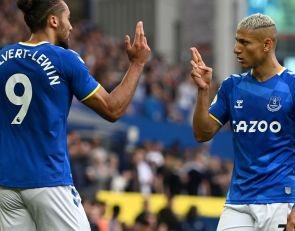 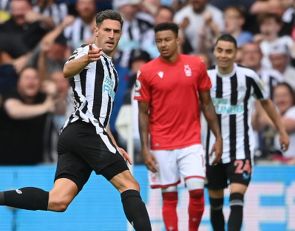