The Charlotte Hornets are playing some of their best basketball at just the perfect point in the season. Charlotte has gone 7-3 in its last ten games and have posted a 2.9 NET RTG, which would be the 10th best in the league and fifth in the Eastern Conference during that stretch of games. This stretch of success has come with the team not being as potent as they usually are on the offensive side of the ball either. However, the same cannot be said about their opponent, who they face Friday night at seven pm ET on their home court, the Spectrum Center, in Charlotte, North Carolina.

That team would be the reeling Oklahoma City Thunder, who come into this game as the 14th seed in the Western Conference tied for the least wins in the western conference at 14 wins and have only won two games out of their last ten. The Thunder all season have struggled to find much consistency, which is the byproduct of trying to develop the youngest roster in the association and attempting to carve out minutes for every young player so that they have enough on-ball reps to gain more in-game experience as they continue to progress as players. Although the Thunder are a team that is in the process of rebuilding and the Hornets are a team that is looking to make the next push and become Eastern Conference playoff contenders, there are still different pathways to victory for both teams who are looking to battle it out tonight.

How the Thunder can win:

The recipe for success is quite simple for the Oklahoma City Thunder, get the ball in the hands of Shai Gilgeous-Alexander. In his last five games, SGA has been playing arguably the best basketball of his season, averaging 26.6 points per game. 7.2 assists per game, and 5.2 rebounds per game on 57.3% true shooting.

A major reason he has been effective is because of his generational slashing ability. Shai is able to get to the rim and get past his primary defender whenever he pleases, as he leads the league in drives per game at 24.1. What this enables him to do is either convert shots at the rim through intense coverages, draw a trip to the free throw line, or use his rim pressure to create advantages for others within the offense.

The Thunder are coming into this game as massive underdogs, and rightfully so, for they are one of the worst teams in the NBA. However, if Shai Gilgeous-Alexander has one of his games where he goes red hot from both a scoring and playmaking perspective, the Thunder are able to beat just about anybody.

How the Hornets can win:

The Hornets are completely in the driver’s seat heading into this game. They are red hot facing off against one of the worst teams in the association and are playing on their home floor. The circumstances could not be more ideal for them to possibly extend their winning streak to three games.

The gameplan for the Hornets is quite simple. Offensively, they need to live off of ball movement and hunting mismatches as the Thunder are running a smaller lineup with Jeremiah Robinson-Earl playing at the center position and Aaron Wiggins starting at power forward, with Robinson-Earl being 6’8” and Wiggins being 6’4”. Charlotte should look to capitalize off of OKC’s lack of size by attacking driving lanes and creating opportunities off of those drives whether that’s through layups, drawing contact and heading to the line, or executing on lob opportunities.

Defensively, Charlotte needs to allow every single player on the Thunder not named Shai Gilgeous-Alexander to beat them. They do this by blitzing or trapping him when he is going behind screens in order to close off his driving lanes towards the rim to prevent him from getting to his favorite spot on the court in the deep paint area which limits his scoring effectiveness and playmaking value.

That is a lot easier said than done, as no one gets to the rime quite like SGA, as mentioned before he leads the league in drives and gets past his defender with such ease. However, in order for the Hornets to secure victory and not give their opponents a chance tonight, the defensive game plan has to be to let everyone that isn’t SGA beat them and create for themselves, which the rest of the Thunder have failed to do time and time again. 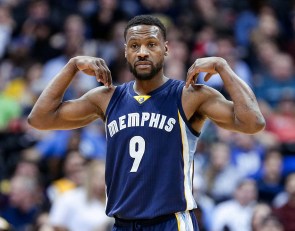 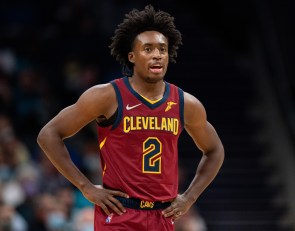