In the 2021 NFL season there have been quite a few surprises. From Bill Belichick and the New England Patriots finding a way into the playoffs with rookie quarterback Mac Jones, to the young Cincinnati Bengals clinching the AFC North with Joe Burrow and company. Maybe the Patriots aren’t all that of a surprise, but how about the Tennessee Titans being first in the AFC without Derrick Henry? Throughout week 18 we had some thrilling overtime games, not to mention the Chargers vs. Raiders game. However, with that being said, with the playoffs already here, which AFC teams are real competitors for the Lombardi Trophy?

The Tennessee Titans are first in the AFC, which means they hold the number one seed. They are 12-5 and are the AFC South Champions. In week eight, the Titans lost a major key player for the rest of the regular season in Derrick Henry. Losing Henry was huge, but the Titans have been able to find a way to win without him. Going into week 18, the Tennessee Titans had to play the Houston Texans, who they lost to in week 11. The Titans were able to remain the number one seed and with  a 28-25 victory over the Houston Texans in their final matchup.Yes, the Titans have lost to weaker opponents like the New York Jets, Pittsburgh Steelers and Houston Texans, however they have also beaten stronger opponents like the Kansas City Chiefs, Buffalo Bills and L.A. Rams. And yes, they almost did lose their final matchup which would have cost them the number one seed, but they didn’t. With the return of “King Henry,” the Titans are a bigger threat than they were in the regular season without him. I think the Titans can make a run for a championship this year, but they will need to be ready for anything after the Wild Card Weekend is over.

The Kansas City Chiefs are second in the AFC and are AFC West Champions. In week 17 the Chiefs lost to the Cincinnati Bengals thanks to a game winning field goal by Evan McPherson. The Chiefs were able to secure their number two seed thanks to a win over the Denver Broncos in week 18. The Chiefs were a slow team coming into the beginning of the 2021 NFL season, but in the last seven to eight weeks they have been dominant. Of course with Patrick Mahomes’ history in the postseason, the Kansas City Chiefs are absolute threats to the conference. Do I see them as a real contender though? Absolutely, but they will have to most likely face opponents who outmatched them in the regular season.

The Buffalo Bills are an interesting bunch. The Bills are 11-6 and are the AFC East Champions. Champions they may be, but Super Bowl Champions? I don’t think so. The Buffalo Bills went on a roller coaster this NFL season, and yes they split with the New England Patriots but they also lost to the Jacksonville Jaguars. A Jacksonville team whose coach was Urban Meyer at the time. Yes some of these playoff teams have lost to the New York Jets, but this is the Jacksonville Jaguars. However, even with the loss to Jacksonville, they have to play the New England Patriots in the Wild Card round. The New England Patriots have shown to be absolutely dominant in the postseason and in the month of January. It may be a home game for the Bills, but in their first meeting, the Patriots won that matchup in Buffalo and Mac Jones didn’t even throw for more than five passes, much less 10 yards. I see Bill Belichick outcoaching Sean McDermott again. As for that, I see the Bills losing their first playoff game and not being able to contend for a championship this year.

Now here is a surprise, the Cincinnati Bengals are in the playoffs. Yes that’s right, the Bengals did not have a losing season. This Cincinnati team was an absolute wild team this year, and the most exciting team to watch in football. Not only did they sweep the Pittsburgh Steelers and Baltimore Ravens, they beat the Kansas City Chiefs and went toe-to-toe with Aaron Rodgers. Many predicted this team would only have like four to six wins. Well guess what, they have 10 wins and are the AFC North Champs. Currently, the Bengals hold the number four seed and have to play the Las Vegas Raiders, a team they beat in the regular season 32-13. Yes the odds can be against Cincinnati due to not having won a playoff game in over 30 years, in which I wasn’t even born yet, but they do have Joe Burrow. This is a team I am confident that they can go head to head with anybody in the NFL. Can they make the Super Bowl? I mean, they proved people wrong before, I’m sure they can do it again. Their tight end, C.J. Uzomah, had a saying at the beginning of the season, “Why not us?” And I agree, “Why not the Cincinnati Bengals?” Is it because they aren’t the most flashy team? Or that they have a head coach who has never coached a playoff game before? I think it’s because nobody has faith in this team. I can tell you who has faith though, Joe Burrow and the rest of that roster. This team is ready to prove the doubters wrong again, and I have no doubt that they will.

The Las Vegas Raiders are in the playoffs. Yes, Derek Carr will be playing in a playoff game for the first time. Unfortunately, it’s against a team who already held this team to 13 points in the regular season and has like five different weapons that will need to be covered. The Raiders had a great season, Derek Carr and the Raiders have had a wild season and were able to overcome everything that went wrong. However, the Cincinnati Bengals seem like an opponent who will simply outmatch them, just because of their offense. Yes, this team has a great defense, but will they be able to stop the red hot Joe Burrow and Bengals offense after coming off a rough win against the Los Angeles Chargers? I’m not sure, because Cincinnati took week 18 off and had all their starters rest. The Raiders not so much, and went into overtime on a Sunday night. This matchup is on Saturday, so they basically got one less day than the Bengals starters. If the Raiders pull off the upset, I still don’t see them going far unfortunately. However, they had to do a lot to be in the playoffs, and they deserve praise for what they had to overcome.

The New England Patriots are back! Oh how exciting it is to see the Patriots without Tom Brady? But, they still have Bill Belichick. Belichick was able to bring in a rookie quarterback and take this team to the playoffs, which is not an easy task. Everybody thought the Patriots would be in their rebuilding years, but not Belichick. The Patriots have to face the Buffalo Bills in the wildcard matchup, which they already beat but also lost to. However, Belichick is 31-12 in the playoffs, and that’s a record that can’t be ignored. Yes, it’s a young Patriots team, but coached by an absolute legend. If I could legally bet, I would not be betting against the Patriots for this matchup. They know this Buffalo team, they already beat them once, but they did lose to them. However, I highly doubt Bill Belichick will let his team be a first round exit. Do I trust Mac Jones to carry this team? No, I don’t, but I trust this Patriots defense and the run game to “do their job,” and take the win on the road.

You might be asking how in the world did the Pittsburgh Steelers get into this article? Well, they made the playoffs by beating the Baltimore Ravens, having the Jacksonville Jaguars pull the upset over the Indianapolis Colts, and the Las Vegas Raiders and Las Angeles Chargers not ending in a tie. Well Pittsburgh fans, you will be facing the Kansas City Chiefs. Do I see the Steelers winning this game? Absolutely not, and the last time these two faced, which was in the regular season, the Chiefs decimated the Steelers. Of course it won’t be a blow out like last time but, Ben Roethlisberger is retiring after this game no matter what. Yes there is the joke of this game being “Big Ben’s” retirement party, but honestly, the Chiefs will probably dominate the Steelers and I doubt Pittsburgh will make it far, even if they do pull the biggest upset in the 2021 playoffs. 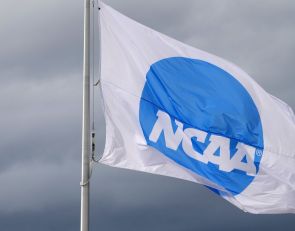 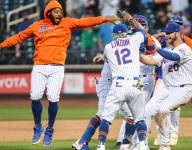