What's Next for the Lightweight Division in 2022?

What's Next for the Lightweight Division in 2022?

Dustin Poirier and Charles Oliviera meet in Las Vegas this coming weekend to settle the score for the greatest 155-pound fighter in the world. However, this long-awaited bout is just the tip of the iceberg.

After Poirier and Oliviera clash in the Octagon, the next scheduled lightweight bout is between Beniel Dariush (3) and Islam Makachev (4). With both of these fighters on extended win streaks, the winner could make a great case for a title shot. Both Dariush and Makachev have been extremely vocal over their desire for a shot at the belt, and it feels like UFC fans can expect a highly contested matchup.

Makachev’s main supporter and coach, Khabib Nurmagomedov, had this to say regarding the fight: “And UFC told – you know, like what’s interesting, if Islam finishes him, they’re going to give him like a double bonus. It’s very interesting. This is like just private news. I just want to share with you and fans because it’s very interesting, and UFC really, really wants this fight.”

Fellow Lightweight top-5’ers Michael Chandler and Justin Gaethje faced off against one another at UFC 268 earlier this year, with Gaethje coming out on top via unanimous decision. Chandler clearly proved he belonged amongst the top talent the UFC has to offer, although he did not come out victorious.

It did seem that the two fighters got swept away in putting on an entertaining fight for the fans, with Chandler recently stating: “I don’t want to fight that way ever again, but 95% of the fight was just a good ‘ole fashioned passionate scrap, you know? 5% of it was a little bit of, ‘Dude, what are you doing, man?’ Of course, I’ve gotten criticism like ‘Hey, if you would have been a little more tactical and not try to put on a show, you would have won the fight.”

Lurking on the outskirts is one Lightweight that fans are more excited for than any other fighter on the UFC roster – Conor McGregor. McGregor has shown that he doesn’t have to take the same path to the belt as other less-popular fighters, and in what may be his final push after his gruesome leg injury, we can expect to see some mayhem. The lightweight division carousel is just getting started. 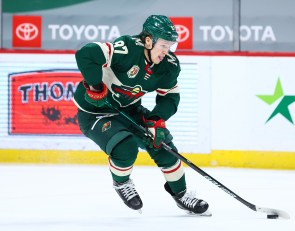