This New York Rangers train keeps chugging along. They have now won six games in a row, eight straight at home, making that 10 victories in their last 11 games. There are starting to be very few negative things to say about this team and their success has garnered national attention. They look like a team that can win their division and make some noise in the playoffs. But, I’m getting ahead of myself here. Let’s get to the games.

The Rangers put on a dominating performance against a struggling Philadelphia Flyers team, coming away with a 4-1 victory on home ice in a game that could have easily been a blowout. The Rangers jumped out to a one-goal lead early in the first period on a powerplay goal by Jacob Trouba. Trouba smashed a blast from the point, slotting the puck top shelf through traffic. Trouba has quietly had a really solid season.

Dryden Hunt tallied the second goal of the game when he collected a pass from Artemi Panarin at the opposing blue line and drove to the net. He held off a defender and shifted the puck to his forehand for a clean finish.

Chris Kreider got the third goal of the game for the Rangers on perhaps the most impressive play of the night. 34 seconds into the second period the Rangers mounted some offensive pressure. Trouba collected the clearing effort and started a tic-tac-toe passing play that went Trouba-Zibanejad-Kakko-Kreider, ending with a one-timer goal.

The Flyers got one back before the end of the second, but that was as close as they got. Panarin outmuscled Claude Giroux at the Flyers blueline and quickly slotted away the empty-net goal.

Igor Shesterkin started in net for the Rangers, stopping 33 of the 34 shots he faced. His performance earned him some appreciative chants from the crowd, who shouted IGOR IGOR as the clock wound down. Shesterkin said it was hard not to cry right there on the ice when asked about the chants.

Carter Hart actually played a fairly impressive game, and without his efforts, the Rangers really might have had seven goals. He finished with 24 saves on 27 shots. The Rangers had one powerplay goal on two chances. They successfully killed all three powerplays they faced.

Wind it up and let it fly. pic.twitter.com/Jq5uDYa4pJ

This wasn’t the Rangers’ most impressive victory this season. That being said, yet again this team finds a way to dig deep and get the job done. The biggest news of this contest was actually bad for the Rangers. Igor Shesterkin went down scarily in the third period with a lower-body injury. Fortunately for the Rangers, Alexandar Georgiev was able to step in and finish the task. Also fortunate for the Rangers, the injury to Shesterkin appears to be minor. He will miss the next four games as he recovers.

The only goal of the night came off the stick of Ryan Strome who sent a slapper past the glove hand of Adin Hill in the first period for a powerplay goal. Strome has been an important piece of this lineup all year and is creating offense with both his passes and his shots.

The Sharks would admittedly control the second period and the start of the third, though the Rangers would rally around Georgiev once he came in. He played nearly 15 minutes and stopped all nine of the shots he faced. Shesterkin played just over 45 minutes, stopping all 19 shots the came his way. The Rangers were 1/3 on the powerplay and killed off two penalties.

This would be the first game without Shesterkin in net as the starter, but Georgiev and the rest of the lads pulled out a gutsy 3-2 victory at Madison Square Garden.

The Rangers went down 1-0 in the last minute of play of the first period when Patrick Kane cleaned up a rebound chance. The play was reviewed for a high stick by Brandon Hagel, but the call stood. Just about five minutes into the second period the Rangers would tie it with a powerplay goal from Ryan Strome. Panarin came down the near side with the puck, fooling the whole building into thinking he would shoot the puck, before sending the puck across the ice to Strome who buried it in a wide-open net.

Panarin would get another assist on the Rangers’ second goal of the second period when Adam Fox tapped in Panarin’s rebound. Panarin himself would extend the lead to 3-1 just under 15 minutes into the third period. A Ryan Strome shot rebounded and found its way across the crease to Panarin who deftly slotted the puck home into the basically vacated net.

The Blackhawks put six men onto the ice in an attempt to claw back and actually scored once to tighten the lead to 3-2. Alex DeBrincat got credit for the goal when his shot leaked through the pads of Georgiev who was dealing with players crashing towards the net. That play was also reviewed and stood.

Georgiev stopped 25 of 27 shots while Kevin Lankinen stopped 28 of 31. The Rangers went 1/4 on the powerplay and killed the only powerplay they faced. This is the Rangers’ sixth win in a row.

Best in the league.

We meant what we said. pic.twitter.com/QYVThKurl6

Casual for his third point of the night 💁‍♀️ pic.twitter.com/5yT9qy0r4d

There are two major underlying sentiments that the fans have been vocal about this week. They are as follows: we really hope Shesterkin is okay and that Georgiev can succeed for now in his place, and holy cow this team is good.

The team has said Shesterkin’s injury is minor but his placement on injured reserve guarantees he will miss four games. Those four games include a home-and-home against Chicago, a game at MSG against the Avalanche, and a game in Buffalo. All of these games are winnable for Georgiev and the Rangers, and they already got the first victory out of the way Saturday night against the Blackhawks.

And yes, this team really is good. It’s hard to believe what my eyes are seeing but the New York Rangers seriously have moxie this year. Yes, moxie. Juice. Whatever it is, the Rangers have it. Vegas has now set their odds as the highest in the NHL to make the playoffs and after the win against Chicago, they are second in the league in points percentage. We are seeing a level of commitment from this team that has been missing in years past. It goes hand in hand with the elite level of play being exemplified up and down the lineup.

Shesterkin, when healthy, looks like he could very well win the Vezina Trophy this year and I wouldn’t be surprised if Adam Fox repeats as the Norris Trophy winner. Chris Kreider is in the midst of the hottest streak of his career and I actually think it could be sustainable. If that’s incorrect, please don’t crucify me Rangers fans, I’m just sipping the Kool-Aid.

Next week are the three Georgiev games remaining. Tuesday night in Chicago, Wednesday night at home against the Avalanche, and then Friday night in Buffalo. These are all winnable games but you can’t count anybody out. The Avalanche have the scariest offense of the three but they also surrender a lot of goals against. The last time the Rangers played Buffalo the game went down to the wire, with the Rangers winning 5-4 on a last-second goal. Keep tuning in Rangers fans, you’ll like what you see. 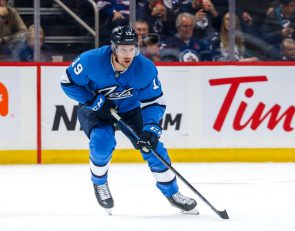