Cory Sandhagen VS. TJ Dillashaw Should be the UFC's 2021 Fight of the Year

Cory Sandhagen VS. TJ Dillashaw Should be the UFC's 2021 Fight of the Year

The UFC had several fights that were contenders for the Fight of the Year, but there was one fight that stood out. The best UFC fight of 2021 was Cory Sandhagen vs. TJ Dillashaw at UFC Vegas 32.

It was the UFC’s best fight in 2021 because it had everything that you could want from the best fight of the year. The fight was extremely competitive, physical, and entertaining. In general, the Fight of the Year should be awarded to a main event fight because it is an extra two rounds of competition and typically there is a lot more pressure on the two fighters in the main event than any other fight on a card.

The additional two rounds forced Sandhagen and Dillashaw to push their bodies to the brink. For instance, this fight was originally scheduled to take place in May, but an eye injury for Dillashaw forced the fight to be delayed more than two months. Dillashaw entered the fight with significant impairment, and he had to battle through that injury against a top-five bantamweight.

From the opening bell, it seemed like one of these two fighters could end the night early at a moment’s notice. Sandhagen landed a flying knee within the first minute and Dillashaw turned it into a takedown. Throughout the fight, Dillashaw gained control of Sandhagen, which helped him earn the decision victory. Sandhagen had an advantage in the striking category

Whenever Sandhagen was taken down, he found a way to stand up and regain the momentum on the feet. That aspect of the fight caused some problems for people who watched the fight. They questioned why the judges rewarded Dillashaw for grappling control despite not being able to inflict a great deal of damage on Sandhagen.

When considering what fight should be the Fight of the Year, context should matter in the decision-making process. Not only was the fight postponed two months, but Dillashaw agreed to the fight after being away from fighting for more than two-and-a-half years. Dillashaw showed some rust but ultimately, he did enough to win the fight on the scorecards. Not too many fights in this category had someone fight after a two-year layoff and put on a dazzling performance.

Not only was this fight physically taxing, but Dillashaw suffered a knee injury in the first round and battled through the injury for 20 more minutes. For Sandhagen, he fought through being tired and persevered. He managed to maintain a rhythm later on in the fight when he was constantly fighting off clinch attempts from Dillashaw.

After five rounds, Dillashaw was the winner via split decision (48-47 x2, 47-48). A split decision result was fitting because it seemed that most spectators were split on who they believed won the fight. Again, people argued in favor of Dillashaw’s grappling, while others promoted Sandhagen’s damage in the striking department.

According to Verdict MMA’s Global Scorecard, it was one of the closest fights to score in UFC history. The fans who scored the fight live gave Sandhagen a very narrow decision, 47.56-47.46. In general, scoring can be subjective based on the styles of two fighters and that could have played a role in more people leaning towards Sandhagen’s striking over Dillashaw’s grappling.

Cory Sandhagen vs. TJ Dillashaw is one of the closest fights in the history of Verdict.

The margins on the Global Scorecard were razor close and had Sandhagen edging it out.#UFCVegas32 pic.twitter.com/ZKHY5Do7B7

This bout lived up to the hype and exceeded all expectations. It was a razor-thin decision that could have gone either way. Unfortunately for Sandhagen, two of the three judges at the UFC Apex scored the bout in favor of his former training partner and teammate, Dillashaw.

Sandhagen vs. Dillashaw had everything. It had plenty of drama, storylines, and entertainment. The Fight of the Year should be a main event on either a Fight Night card or a pay-per-view card because of the stage that the fight is taking place on. Fighting in the main event of a UFC requires a certain level of focus that is not required to compete in a main card or preliminary card bout.

As it turned out, Dillashaw reinserted himself back into the bantamweight title picture and Sandhagen had to go back to the drawing board. Dillashaw’s knee injury required surgery and he missed a significant amount of time. Sandhagen ended up fighting for the interim bantamweight title at UFC 267 against Petr Yan because Dillashaw was unable to take the fight. Coincidentally, Sandhagen’s bout against Yan was a Fight of the Year contender for many people, but Sandhagen vs. Dillashaw was a closer fight.

MMA award shows nominated other fights, but those nominations were not as competitive. The winner of Sandhagen vs. Dillashaw was not nearly as clear-cut as the winner of those other fights were. The Fight of the Year should end in a razor-thin decision and this one finished in that manner. 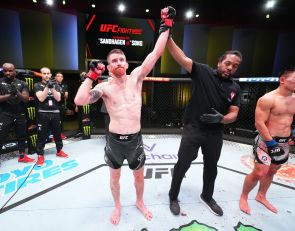 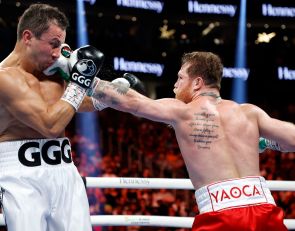