The final College Football Playoff Rankings before Championship Saturday are out and after all the discussion and talk over the last few weeks, these are the only rankings that matter. The committee has a lot to sort through this weekend depending on the outcomes from the conference title games and we then will finally know the bowl schedule and the playoff matchups.

After an exciting college football season, like we have come to expect at this point, we will finally get all the answers we have been asking. But for now, we need to sort through the evidence they have given in the final rankings before Selection Sunday this weekend.

To start, Georgia remains the number one team and has clearly been the most consistent and dominant team all season. Since beating Clemson in the first week of the season, the Bulldogs have been nothing short of incredible behind their incredible defense. They’ll match up with rival Alabama in the SEC title game this weekend and with all likelihood have already clinched a spot in the playoff, even if they were to lose to the Crimson Tide.

However, for the Bulldogs, the idea of beating Alabama and essentially knocking them out of the playoff must be enticing, especially considering what happened the last time Georgia made the playoff.

Cincinnati remains in the top four and lives to fight another week. They will be hosting Houston this weekend in the American Conference title game and with a win, could find themselves becoming the first-ever non-Power-five team to reach the playoff.

Houston is currently ranked at 21, holding a record of 11-1 so the task won’t be easy for the Bearcats even having the game in the comfort of their home stadium. Cincinnati must show that they deserve a spot in the playoff because even if they were to win this weekend, there is no guarantee for them that the committee will put them into the playoff.

Michigan finally ousted its Ohio State demons this past weekend and find themselves slotted as the number two seed currently. They play Iowa in the Big Ten title game and for the Wolverines, a win and they are indeed into the playoff.

They are a blown lead against Michigan State away from being undefeated and possibly being in the conversation for the top seed in college football. They play tough on both sides of the ball and would present challenges for any team if they are lucky enough to earn a playoff spot.

The most interesting part of the playoff rankings this week is the fact that Oklahoma State jumped Notre Dame despite both teams winning this past weekend. The committee seems to be setting themselves up to possibly slot the Cowboys into the playoff if they can beat Baylor in the Big-12 title game. These two teams played earlier in the season with Oklahoma State coming out on top so this rematch should be fun to watch.

The Cowboys are quietly one of the best teams in the country and if they do win their conference, would have a real shot at making the playoff since they are currently ranked as the five seed.

Sitting at number three are the Alabama Crimson Tide and their spot is very interesting. Beat Georgia this weekend and it’s a no-brainer that they would be in the playoff. However, if they were to keep the game close and Cincinnati or Oklahoma State were to lose, would the committee think about putting a two-loss Alabama into the playoff?

I think they might since not many teams have been able to hang around with Georgia all season. The committee has kept Alabama above Cincinnati all season, despite the Crimson Tide playing poorly in their wins and I think that means something.

Neither the Pac-12 nor the ACC will make an appearance in the playoff this season but the Oregon vs. Utah and the Wake Forest and Pittsburgh games both should be good matchups. All teams involved are ranked in the top 25 which should create fun narratives.

These conference championship games will tell us all we need to know and if all the favorites do win, it could be an easy day for the committee. But this is college football in 2021, so as we all know, anything is possible and if chaos ensues, the committee will have some tough decisions on their hands. The countdown to the college football playoff is on. 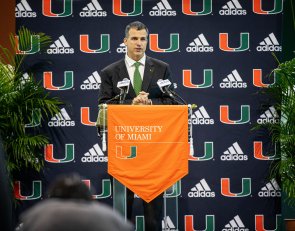 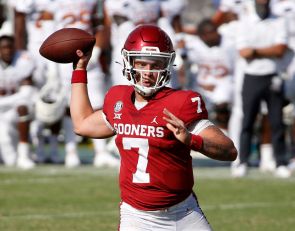 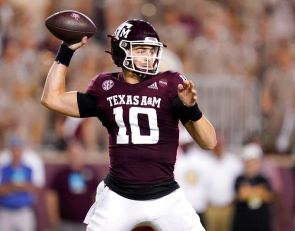