Chris Daukaus will close out the UFC’s calendar year as one-half of the UFC Vegas 45 main event on Saturday, Dec. 18 against Derrick Lewis. This will be the ultimate litmus test for Daukaus as a heavyweight contender.

If Daukaus can get past Lewis, then you can look at him as a stock. It is only up from here for Daukaus and he is a safe bet moving forward. As it goes with any stock, there is an inherent risk when you buy-in. For this fight, Daukaus is facing the greatest knockout artist in UFC heavyweight history.

When anyone steps inside the octagon with Lewis, there is a distinct possibility that their lights could be turned off in a split second. Lewis has thudding power that is hard to prepare for.

Daukaus is a very fluid mover inside the cage, and he likes to float out feints to offset his opponent’s attack. He will need to do this on Saturday to make Lewis uncomfortable. Lewis is not always keen on the idea of fighting off his back foot. In his last fight against Shamil Abdurakhimov, Daukaus executed his striking game plan perfectly. He constantly moved around from left to right until he found an opening in the first round and made Abdurakhimov pay with a clean left hook that ended the fight.

Lewis’ power is one of a kind, but Daukaus’ power cannot be overlooked either. He has fast-twitch striking that catches his opponents off guard.

Not only is Daukaus a terrific striker but he is a Brazilian Jiu-Jitsu black belt. So far in his career, he does not have a submission win, but he is more than capable of ending a fight via submission. Be on the lookout for Daukaus to employ his grappling if he senses any danger on the feet against Lewis.

Daukaus (12-3) has been a professional since October 2013. Throughout most of his professional career, Daukaus has been a police officer in Philadelphia. It is impressive to see the No. 7 ranked heavyweight have a day job as a police officer. Former heavyweight champion Stipe Miocic is still a volunteer firefighter in Independence, Ohio, but he was more focused on his MMA career. For Daukaus, it seems as if he is doing a great job juggling both jobs as a law enforcement officer and a professional MMA fighter.

Without question, UFC Vegas 45 will be Daukaus’ biggest challenge since he has been with the UFC. If he is able to rise to the moment, then he will make a massive jump up the heavyweight rankings. 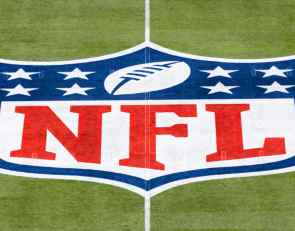 How The AFL Made The NFL What It Is Today