The featherweight division is one of those in which the UFC has been on the cusp of cutting for a long time now. There were rumors of the division being cut brought back up, seeing how Amanda Nunes is almost too dominant of a champion. She has made all of her fights at featherweight look easy, and there are no sure-fire next contenders up within the division. Let’s take a look at how we got here.

First things first, the division is not deep at all. This is not a slight to the women who are competing there, it’s just the facts. Out of all of the divisions both men and women, there is only one division that doesn’t have a top 15 ranking. Yeah, you guessed correctly, the women’s featherweight division. As of today, there are currently 174 female athletes on the roster, see below ALL of the listed featherweights:

Danyelle Wolf (Contender Series winner, has not fought in the UFC yet)

So you can see why there is no top 15 ranking for them, as they don’t even have 15 fighters! Aside from that, some of the fighters listed are not supposed to be here.

Anderson, who lost to Nunes in her last outing, is a current free agent and has not signed back with the promotion yet. Cyborg and Zingano are actively fighting for another promotion at the moment. Evinger is likely retired, as the last time we heard her name mentioned, was when fighters were being released. Ladd is an active featherweight, however, she was forced up to this division due to her not being able to make bantamweight.

As you can see there aren’t very many fighters in the division. Simply saying it may be easier for Dana White to get rid of this division as opposed to keeping it together. It’s likely that this division is only being kept alive due to a big-name fight that could be made at this time, which is between Kayla Harrison and Nunes.

White was asked about the division recently and he stated that it will be up to the champion to decide on what happens with the division. It’s clear that White does not intend on keeping the division, however, the legacy that comes with being a double champ for Nunes is something he will not want to take away from her without her blessing.

Lastly, Nunes’ next fight will be at bantamweight, when she defends her title against Julianna Peña. I can see a world in which after this fight she announces that she will be a full-time bantamweight. I can see this simply because it makes no sense for her to fight anyone else who is at featherweight currently, and not to mention Harrison is her teammate who is not signed to the promotion as of yet.

She likely would have to fight at least once or twice before going directly into the title shot. And again, taking a look at the names above, there may not be two names for Harrison to defeat before Amanda calls it quits and retires the division. But if Harrison does not come over soon, she may not ever be able to save the division and will have to try and get down to 135 lbs to enter the promotion.

It’ll be intriguing to see how this will play out, and I’ll be sure to continue to cover the division. Follow me on Instagram and Twitter @DoeWright_ for more news! 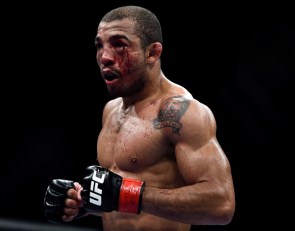 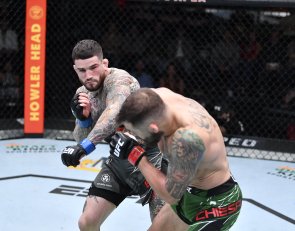 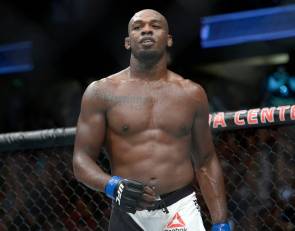