General Manager Ben Cherington took over in Pittsburgh in November 2019. Since his takeover, the Pirates have played to an 80-142 record. By looking at the record alone, it appears Cherington and his staff have been doing a horrendous job. That observation would simply be wrong.

Cherington has now entered year three of “the Pittsburgh Pirates project” and everything is going as planned. This article will lay out what has been done so far and what should be done going forward to lift the franchise from the laughingstock of the league to playoff contention.

So how did that happen? Cherington and the Pirates front office have stripped the organization down at the top two levels (MLB and AAA), while being able to keep the top-end talent sitting in the lower minor leagues. They have done this through a series of brilliant trades and historically successful drafts.

Since in November 2019, the Pirates traded away eight solidified major league talents for a major prospect haul. Starling Marte was the first to go, back in the winter 2019-20. Following the shortened 2020 season, Cherington shipped Josh Bell, Joe Musgrove and Jamison Taillon off to Washington, San Diego and New York respectively. The Pittsburgh front office was not done there. At the 2021 trade deadline, Tyler Anderson, Adam Frazier, Clay Holmes and Austin Davis were moved.

The Pirates have also done a fantastic job drafting, especially in 2020 and 2021. Twelve of Pittsburgh’s top 20 prospects, including the top four, have been drafted by the organization. The crown jewel is of course 2021 first-overall pick Henry Davis, but the Pirates have three other first-round picks in its top 20. Quinn Priester (2019, 18th overall), Nick Gonzales (2020 7th overall) and Travis Swaggerty (2018 10th overall) sit at second, fourth and sixteenth on the top-prospect list.

Pittsburgh was also able to sign 19 of its 21 draft picks in 2021 (which is an almost unheard-of success rate) including Anthony Solomento (#7), Bubba Chandler (#8) and Lonnie White Jr. (#11). Noticeably, Cherington drafted in 2021 as if he were trying to time all his top prospect’s arrivals for near the same time. Thirteen of the top 20 are projected to be in MLB by 2023, while four others (like Davis) are projected for 2024 and could easily make the jump ahead of schedule.

So, what about this season? Unfortunately for Pirates fans, 2022 is going to be another long season. Outside of Bryan Reynold, Ke’Bryan Hayes and David Bednar, the team is just not good enough to compete. I see the 2022 Pirates as a 90-95 loss team but that does not mean Cherington should be idol this winter. Pittsburgh should look to bring back role players to fill holes until its prospects can arrive. Some players that I would like to see brought back to Pittsburgh include 1B/OF Yoshi Tsutsugo, OF Ben Gamel and utility man Wilmer Difo. All three of these players can provide veteran leadership to a young team and possibly even help with attendance by stringing together a few wins.

Everyone will start to see if Cherington’s full-scale rebuild is working around midway trough 2023. Prospects like Oneil Cruz and Roansy Contrares made their debuts in the final few games this season, and even though they will both probably start in AAA, they should be up in MLB for good by the end of the 2022 season. Other prospects to watch for by the end of 2022/beginning of 2023 would be Gonzales, Priester, Swaggerty, Peguero, Marcano and Head.

If the prospects are blending into the major league roster and everything is running semi-smoothly (and that is a big “if”), then winter 2023-24 is when the front office should look to make its big moves. Now obviously the Pirates are not going to sign the huge free agent for a crazy amount of money, but this is where the veteran, above average players get signed. This is where a possible homecoming with Andrew McCutchen, a short-term deal with a mid-ranged starting pitcher, a few middle-inning bullpen pieces, or a veteran position player or two could be signed.

Projected records for the next few years IF everything goes right:

Only time will tell if Ben Cherington’s full-scale rebuild will pan out. All that Pirates fans can do now is to be patient, which is becoming extremely difficult for some. Help is on the way to a city that loves its baseball. The potential core and future of Pirates baseball looks extremely bright and could make Pittsburgh a mainstay in the Postseason throughout the later part of the decade. 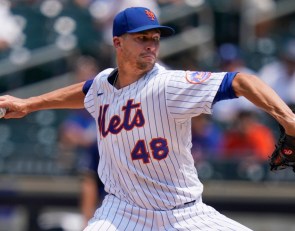 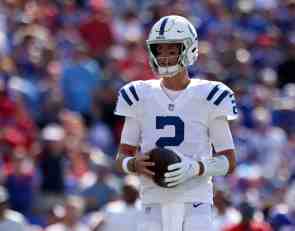 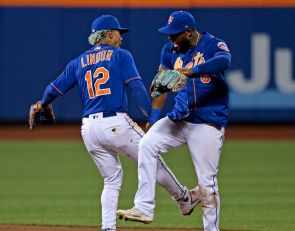