Khamzat Chimaev spent 13 months out of the octagon, but he returns on Saturday at UFC 267 against Li Jingliang. Chimaev is set to elevate into the elite welterweight category with a win on Saturday.

In 2020, Chimaev set the MMA world on fire with three stoppage victories in his first two months in the UFC. He made his UFC debut on July 15, 2020, and scored a submission win over John Phillips. On just a 10-day turnaround, Chimaev stepped back into the cage and stamped a TKO victory over Rhys McKee. Less than two months later, Chimaev recorded a KO against Gerald Meerschaert in 17 seconds at UFC Fight Night 178.

After his spectacular KO of Meerschaert, Chimaev’s popularity grew immensely. Fans clamored to see him back in the UFC before the end of 2020.

The UFC scheduled a bout between Chimaev and Leon Edwards on several occasions, but that fight never took place in 2020 or 2021. Part of the issue for Chimaev was his arduous battle with COVID-19 that kept him away from fighting.

Now that Chimaev is healthy, it is time for him to take the next step to become a welterweight title contender. The great thing about Chimaev is that he can compete as a welterweight or a middleweight. As of now, the welterweight division seems to be the preferred destination for Chimaev.

Chimaev (9-0) is still in the prospect stage of his career, but there is a lot of hype surrounding his future. The steam died down a bit because of Chimaev’s hiatus but one impressive victory could restore all the momentum he generated last year.

Saturday’s bout gives way for Chimaev to land in the welterweight rankings with a win over Jingliang, who is the No. 11 rated welterweight in the UFC. Chimaev can jump into the top 15 and perhaps, he could nab Jingliang’s ranking.

The bout against Jingliang will be Chimaev’s toughest test to date because Jingliang is a ranked welterweight with knockout power. In his last outing, Jingliang knocked out Santiago Ponzinibbio via a first-round KO.

The UFC is waiting for Chimaev to meet the expectations that surround him by defeating Jingliang on one of the biggest cards of 2021. All nine of Chimaev’s wins have been stoppage victories, which adds to the publicity. If Chimaev can perform at a high level on Saturday, Chimaev’s hype will be unrestrained. 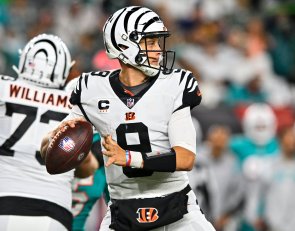 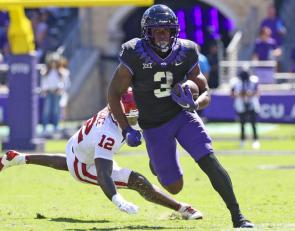