The Washington Football team’s defense continues to disappoint as they lose 43-21 in Buffalo.

The game immediately got off on the wrong foot as the Bills started off by scoring 21 unanswered points. However, Washington seemed to figure things out as they responded with a 73 yard touchdown pass to Antonio Gibson; followed by a lucky bounce on the ensuing kickoff leading Washington to a Taylor Heinicke rushing touchdown.

This momentum was continued by the Washington defense as they held the Bills to just a field goal. Unfortunately, this was the closest the Football Team would get as Heinicke threw his first interception of the day and allowed Buffalo to kick another field goal before the half.

The second half started similarly to the first as Buffalo scored 17 unanswered points. Washington’s offense could not seem to put anything together as a result of another Taylor Heinicke interception and a Logan Thomas fumble. Although the offense could not produce, the defense was even worse allowing 480 total yards.

Despite their earlier struggles, Taylor Heinicke connected with Logan Thomas for a touchdown late in the game. This ended the long afternoon for Washington as they can now shift their focus to the Atlanta Falcons.

This team needs to improve on both sides of the ball if they want to see better outcomes in the upcoming weeks. 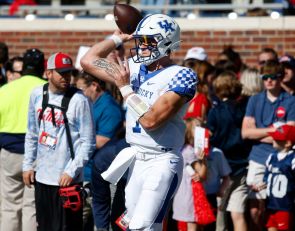