Although not as hectic as 2018 and 2019, the NBA offseason saw contending teams add new pieces to get over the hump, while many young groups went out of their way to worsen their team in hopes of landing a top draft pick. With the dynamic of the league looking much different than the year prior, TWSN analyst Justin LaCertosa dives into what to expect from each group going into next season, this time with the Detroit Pistons.

Coming off a season with the second-worst record in basketball, the Detroit Pistons are bound to make some slight improvements. Due to how stacked the East is, it’s hard to see the Pistons bouncing back to play-in contention, but they certainly have a puncher’s chance at shocking the world and snagging a playoff spot.

The main difference from this year’s Pistons team to last year’s Pistons team is simple- Cade Cunningham is on the roster. The Pistons have had a short rebuild thus far, but they’ve managed to acquire quality young talent to build with, such as Saddiq Bey, Isaiah Stewart, Killian Hayes, Hamidou Diallo, Josh Jackson, and Saben Lee.

Signing Jerami Grant to a three-year, $60 million deal was thought of as an overpay, but it turned out to be a perfect deal, as Grant made his newfound opportunity worth it after increasing his points per game by ten and showing overlooked passing chops, despite a decrease in efficiency. Detroit had managed to get to a good spot in their rebuild quickly, they were just missing that transcendent talent that can take them from a bottom-of-the-pack franchise to playoff contenders year in and year out. And they got that in this year’s draft.

Cunningham should follow suit with a player like Luka Doncic to a lesser extent. It’s nearly unfathomable to be as good as Doncic was right away, but Cunningham can do it to a smaller degree, as both have glaring similarities in their games. Cunningham is a big guard who can slot in at any position from one to three, and he’s an artist with the ball in his hands, as he finds openings to make plays that most players rarely find, and he’s a fluent, patient scorer who can takeover a game on his own due to his combination of size and creation ability from everywhere on the court.

He’s also shown promise as a defender, something Doncic never showed as a draft prospect, as he has a strong core which he uses to hold his own down low, and he also has quick hands and instincts as a man defender. Expect Cunningham to have one of the better rookie years, not just this season, but in NBA history, as he’s a flawless NBA prospect who’ll be able to put unreal stats on the board right away.

Luckily for Cunningham, he’ll have the luxury of playing off of a more than reliable secondary option in Grant. Grant isn’t a star yet in this league, as he’s yet to show he’s an efficient 20-point scorer while failing to develop a mid-range and in-between game, but he’s bound to have another career year next season.

Next to Cunningham, he’s back to being a tertiary option within the offense, and although he’ll still have a big creation load, his efficiency is bound to rise with another high octane scorer and playmaker next to him. He’ll also be back to his near All-Defense ways, as he’ll be able to conserve more energy for defense without such a massive offensive load. The Pistons will also have three promising prospects going into their second seasons, in Hayes, Bey, and Stewart.

Hayes and Cunningham may be an awkward fit on paper, as Hayes is a ball-dominant offensive engine who thrives at setting guys up and creating his own offense, very similar to Cunningham. Hayes struggled in his rookie year, dealing with injuries while trying to develop a feel for the NBA game, but after getting healthy and getting more NBA reps over the offseason in pro runs and training camp, Hayes should have a bounce-back second year.

Bey may be the most promising of the three, as he’s your prototypical “3&D” wing that any team would love to have. Bey has displayed flashes of small creation, using effective two to three dribble pull-ups to create his own offense, while also being a lights-out shooter and great complimentary defender. Bey has exquisite hands on the defensive side of the floor while being more than capable on the perimeter as a defender. Similar to Hayes, expect a big second year from the Villanova alum.

After many thought of him as a reach at the time, Stewart has turned out to be one of the early steals in the 2020 NBA Draft. Stewart has shown the potential to be one of the league’s best rebounders down the line while being an excellent roll-man, play-finisher, and off-ball threat as a lob threat.

Despite not being a special defensive talent at the five, Stewart has shown defensive chops that he didn’t showcase much during the draft process, a much-needed step in the right direction. Stewart looks to be the center of the future in Detroit and has all the potential in the world to be a quality starting big one day.

Overall, the Pistons have begun to accumulate a more than solid young core. Led by future league MVP Cunningham, although the Pistons may not be a notable team next season, they have the potential to be a surprise team if everything goes well due to the core’s massive upside heading into the year. 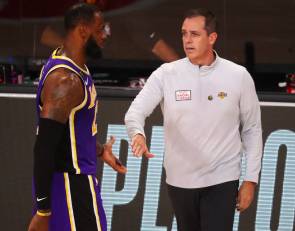 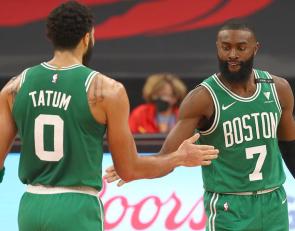