How Do The Young Pistons Fit Next To Cade?

How Do The Young Pistons Fit Next To Cade?

The Cade Cunningham era in Detroit officially begins this year. After the Oklahoma State freshman was projected to go number one all year, the Pistons lucked into him by getting the top pick in the draft and have now committed to building a franchise around him. Now, it’s time to find who actually fits around the 6’8 lead guard, and this year will be an experiment as to which players can play with him and which ones can’t. The Pistons have a solid young crop of talent to surround him, but they won’t all be able to coexist. In a world where heliocentric ball-handlers are becoming more and more common, it feels as though Cunningham is destined to be another addition to that list. The real question is how can his teammates fit roles that make sense alongside him.

The seventh pick in the 2020 NBA Draft Killian Hayes didn’t light the world on fire during his rookie season. Despite developing a cult following in the pre-draft process from NBA Draft Twitter, the southpaw point guard struggled mightily in his first year. Although his manipulative passing skill and sturdy defensive presence were on full display, so was his underdeveloped scoring ability.

Hayes shot just 44.4% at the rim this past season and 27.8% from behind the arc. Despite looking comfortable with stepback three-pointers and off-the-dribble jumpers, he was one of the least efficient shooters in all of basketball. Elite passing and playmaking isn’t super valuable if you can’t put pressure on the defense. Lonzo Ball is perhaps the best example of this. Ball is a tremendous passer, but his inability to get to the rim combined with his shaky handle makes him borderline ineffective as a scorer off the bounce. Not only does Hayes have issues with his ability to shoot, but also his athletic limitations make it more difficult for him to get to the rim. He relies on space creation to get shots off and just nine percent of his shots came at the rim.

Hayes has the flashes of a future All-Star. He’s already a borderline top 15 passer in the NBA at just 19 years old and was one of the better defensive rookies last year. Not to mention when his shots are falling, he looks like an extremely appealing player. But fitting him into a complimentary role is trickier than it seems. His streaky jumpshot makes him a questionable off-ball player. Hayes shot just 31.9% on catch and shoot jumpers last year. Putting him in a spot-up role not only limits him because it makes his best skill useless (playmaking), but it also puts him in a position to fail because of how unreliable his jumper is. Cunningham can play both on and off the ball which will be good for Hayes, but the Pistons are going to want the offense to run through Cunningham the majority of the time they’re on the court together. Staggering their minutes seems like the best solution in the short term, but in the long term it’s not going to work.

The most common comparison I’ve heard for the Cunningham-Hayes fit is when Luka Doncic got drafted when the Mavericks still had Dennis Smith Jr. Both were point guards who needed the ball in their hands, but it was clear from day one who should have it more. Smith was the odd man out in Dallas and therefore they had to trade him to the Knicks in the Kristaps Porzingis deal. Another comparison that hasn’t been talked about as much is D’Angelo Russell with the Lakers. He couldn’t totally dominate touches (24.6 and 26.6 usage rate during his two years in LA) and wasn’t a great spot-up player because his jumper wasn’t incredibly reliable (just over 35% both years). So, the Lakers shipped him off to the Nets and in his first healthy season, he averaged 21.1 PPG and 7.0 APG and was named an NBA All-Star.

Hayes could go down a similar path as Russell. If he can’t coexist with Cunningham in the backcourt, then he’ll have to be shipped off to a team where he’s the lead ball-handler. It’s still very possible that Hayes could be a great player. Rookie point guards have historically struggled throughout the course of NBA history. You can even look at last year’s case with Darius Garland. During his rookie year, metrics painted him as the NBA’s worst player. But during his second year, he got more accustomed to the speed of the NBA game, and improved dramatically in almost all statistical categories. Hayes has plenty of time to become a good NBA player, but he’s got a much shorter clock to be a good player in Detroit. It’s very possible that he could take major shooting strides and be able to coexist next to Cade Cunningham. But, it’s also just as possible that he struggles to fill a complimentary role and he could be moved as soon as next offseason.

On the opposite side of the spectrum, Saddiq Bey is looking like one of the biggest steals of the 2020 NBA Draft. Although he was picked 19th by the Pistons, he managed to make the All-Rookie first team and was one of the leading rookie scorers. He averaged 12.2 PPG and 4.5 RPG on 38.0% from three (6.6 attempts per game). He’s also one of the most valuable types of NBA players too. He’s a 6’7 wing who can play and guard three positions, shoot threes off the catch, and score off the dribble on occasion. Having one or two wings who can do that on your roster is incredibly important.

As far as his fit in Detroit goes, he’s a perfect complimentary scorer to put next to Cunningham. Ideally, you like Bey as a tertiary scoring option and volume three-point shooter next to a bigger initiator, which is exactly what’s going on in Detroit. Bey was always a safe pick, even coming into the draft. He was an older, experienced player with good defensive fundamentals, a knockdown jumper, and solid ancillary skills to round out his game. Oh, and he played under Jay Wright at Villanova, a college notorious for producing quality NBA players. However, he was an older prospect and the question with his game was more about his upside. Although he had a tremendous rookie year, it’s hard to project him to become an All-Star. He’s likely going to be a really good starter, maybe even for some high level playoff teams, but he lacks the creation equity and top-end scoring talent to reach All-Star heights. Having Cade simultaneously takes the pressure off of Bey to become a great shot-creator and puts him in a better position to succeed filling an off-ball scoring role.

Bey is a terrific fit next to Cunningham. He’s a terrific compliment offensively because of his ability to hit spot-up threes and attack closeouts, and defensively he’s stout and versatile. He’s also an unselfish player who makes the extra pass, moves the ball, and takes smart shots. You won’t have to worry about him being a ball-stopper or someone who relentlessly hunts for his own shot. He’s a smart, team-first player who embodies winning, and that’s the perfect type of player to construct a championship roster with.

Nobody embodies the phrase “Motor City” better than Isaiah Stewart. He’s a bruising, old-school center who never stops hustling and always makes the extra effort. That’s how he managed to be one of the most productive rookies in the league last year and an All-Rookie teamer. He crashes the board like a heat-seeking missile and he gets easy buckets by running out in transition. It seems as though everyone preaches that mentality is unteachable but was that element of Stewart’s game overlooked in the pre-draft process? It appears so.

Last year, “Beef Stew” was the perfect pick and roll partner for Killian Hayes. He was an excellent play finisher around the rim and he could catch lob passes over the top. He isn’t just a run-and-jump big who lacks skill either. He’s a solid post-up player who can score inside using touch and post moves. He shot 33.3% on all three-pointers this year (34.5% in catch and shoot situations) while also shooting near 70% from the foul line (a solid number to predict his future shooting success). He’s got a solid baseline as a rim-running big with more long term upside offensively if he continues to build upon his skill foundation.

Defensively, despite standing at just 6’8 with only solid vertical explosiveness, he has high upside. His long arms, strong frame, and instincts could make him a coveted small ball big. He uses his motor on both ends of the floor as well to contest shots and make rim rotations. He’ll never be a true rim protector but his effort is truly inspiring. Combine the interior defensive potential with some solid mobility on the perimeter (good foot speed and nimbleness), and you have a potential starting caliber defensive big man.

Next to Cade, his fit is pretty simple. He could be the perfect pick-and-roll partner with maybe some pick-and-pop mixed in as well. He combines effort and passion with legitimate skill, and he has a multitude of pathways to success. Whether that’s by being a terrific defender or becoming a legitimate floor spacing five (or four if he reaches his high end outcome as a shooter), he’s going to be able to bring value to the floor. His fit with Cade is seamless and they should look to develop synergy early on.

Although Saben Lee is not a household name, he should be someone that is considered a part of the Pistons “young core”. He was the 46th overall pick in the 2020 NBA Draft and he immediately carved out a role for him within the offense. He proves to be a punishing driver, using his tight handle and excellent burst to pressure the rim in the half court and distribute the ball to his teammates. In some ways, he resembles former Piston Ish Smith with his blazing speed and his ability to get into the restricted area.

However, his offensive ceiling (and fit next to Cade) is questionable because of his streaky jumpshot. He went just 8-23 from behind the arch last year and with such a low free throw percentage, we have to question how much he can truly get better. There’s a world where he can be a Smith type or even a TJ McConnell type player, but he’s a tricky fit in different lineups because of his lackluster shooting.

He likely won’t be someone playing a ton of minutes with Cade, but he could make a great 6th man/floor general. He’s someone who needs the ball in his hands to make an impact and what better way to do that than by running the bench unit. He can be a really solid backup guard who makes his teammates better and creates advantages because of his ability to bend defenses. He may not be able to be a starter-level player because of the offensive ceiling concerns, but he still has value as a floor general guard off the bench. When Cunningham needs a rest, Lee can be depended on to go out and generate offense quickly and efficiently. 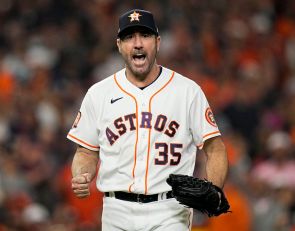 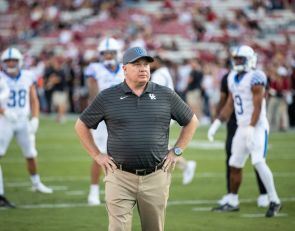 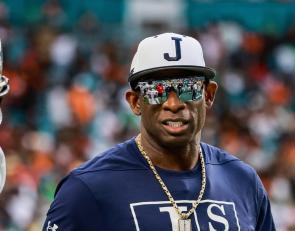