It seems like every year there is one or two quarterbacks who skyrocket up the draft board. Two years ago, Joe Burrow put on a Heisman winning performance en route to becoming the number one overall selection. Last season, Zach Wilson dominated at BYU and boosted his stock more than anyone as the New York Jets selected him second overall.

As college football camps unfold, it’s time to take a look at who could be this year’s riser. With no definitive number one quarterback in the upcoming draft class, there are many who could fill that void and make a name for themselves. One of the biggest names to watch is Matt Corral, quarterback of the Ole Miss Rebels.

Matt Corral made his first meaningful appearance as a redshirt freshman in 2019. That season, Corral appeared in all 10 games, including four starts. He had an average season statistically,  completing 59% of his passes while throwing for 1,362 yards and six touchdowns.

2020 was when Corral really started to hit his stride. During his redshirt sophomore campaign, he increased his completion percentage to 70.9%, and threw for 3,337 yards and 29 touchdowns. He did have 14 interceptions, with 11 of those coming in just two games. Even with the turnovers, Corral began to show the SEC, and all of college football, just how well he could sling it.

Corral ended the 2020 season fifth in the FBS in passing yards per game, seventh in passing touchdowns, and eleventh in yards per completion. Corral also led all SEC quarterbacks with eight completions over 40 yards.

Matt Corral is slightly undersized at 6’1, 205 pounds. But his other traits make up for what he lacks in size. Corral has premium arm talent and can fit the ball into any window, and paired with his arm strength is his aggressive mentality. Some may see this as reckless, but you can tell how confident he is in his arm and talent to throw the ball downfield. He’s not afraid to let loose when needed and trusts his receivers to make a play for him. Oftentimes you will see quarterbacks being content with check downs and taking what the defense gives you. While that’s important, deep shots are a necessity when playing against daunting SEC defenses.

Corral is also a solid runner. When the pocket broke down, and it did often in 2020, Corral was not afraid to tuck it and gain yards. Last season, Corral ran 112 times for 506 yards and four touchdowns. He is not afraid of contact and is shifty enough to make a man or two miss in the open field.

Where Matt Corral Can Improve

With great arm talent comes great responsibility to protect the ball, a lesson that Corral had to learn the hard way. Against LSU and Arkansas, Matt Corral threw 14 combined interceptions. Corral must be conscious of when to cut his losses and when to take his chances. Ole Miss has a good enough roster to be fairly competitive in 2021, but obviously turnovers can be an extreme detriment to their success.

Another area to improve would be overall pocket presence. While Corral is dynamic as a runner, he always looks to pass first. Usually a good trait to look for in a quarterback. But too many times, he will stand in the pocket without any awareness of the pass rush closing in. Corral needs to speed up his mental clock and make quicker decisions, whether that be tucking and running, or throwing the ball down the field.

Overall, Matt Corral has nearly everything needed to succeed in today’s NFL. Corral has improved every year during his short time at Ole Miss and his ceiling continues to climb higher and higher. Pair his talent with Lane Kiffin’s high powered offense, and Corral could really take a leap this season. 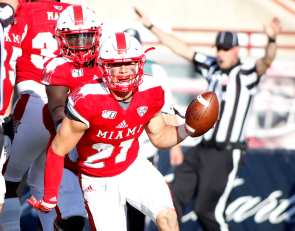 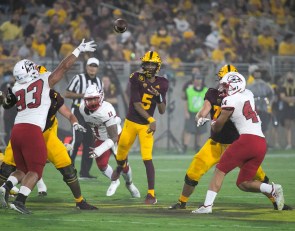