The Clippers trade up from 25 to select Keon Johnson. I do believe this was a bit of a reach value wise, and I’m not sure this is their biggest need from a fit standpoint, but I still don’t hate it. At worst, Johnson is a solid defender and energy guy off the bench. At best, he’s a really solid starter and pans out really well for the 21st overall pick, granted that will take a lot of development. Johnson will need to overcome his lack of size by tightening up his handle, decision-making, three point shooting, and overall feel for the game offensively.

The Pacers trade up to select big Isaiah Jackson. I’m higher on Jackson than consensus, and although I do have my questions about his fit with Turner and Sabonis, it makes sense from a depth standpoint. Jackson has the potential to be a great rim protector with switchability, and he’s got underrated upside offensively and at worst projects to be a rim-runner with a faceup game. A solid B- here.

Usman Garuba is one of the best defenders in this year’s class. He can switch onto just about anyone, and the only real issue is he doesn’t offer as much rim protection as you’d want from a potential small-ball five. However, his offensive questions are why I’m lower on him than consensus. He’s a solid athlete with nice passing, so he could have a role as a roll-man and short roll playmaker. However, with a subpar three ball, limited handle, and inconsistencies as a finisher, I question his offensive value in the NBA.

The Rockets add yet another athletic, score-first guard to their collection. However, this doesn’t mean I hate the pick. Christopher is a first round talent, and he should provide a nice spark off the bench for Houston. He won’t bring a lot as a facilitator, and he’ll need to improve his off-ball defense and three point shot, but Christopher projects to be a productive NBA pro for years to come.

I do believe this was a little bit of a reach, as there were better prospects available, even at shooting guard. However, I like Grimes’ translation in the NBA. He’s a knockdown three point shooter with decent versatility, while also bringing solid defensive versatility and rebounding for his position. He is a bit older, and I don’t see any star equity, but Grimes should have a place in the league.

Bones Hyland is a fun basketball player, and he’s also a good one. An excellent three point shooter with unlimited versatility and range, combined with a solid handle, athleticism, touch around the rim, and off-ball defense. His skinny frame does limit his point of attack defense and contact finishing, and his lack of court vision does hurt his potential as a primary ball-handler, but I still believe Hyland is a solid fit that brings a lot of value in the late first round.

Cam Thomas is an extremely intriguing prospect. He’s clearly an elite three level scorer, but it’s fair to question his defense, playmaking, and inefficiency as a scorer due to a horrendous shot selection at LSU. With that being said, LSU had little to no structure, and it’s safe to assume Thomas will improve (at least in terms of shot selection and defense) at the next level in a more structured system. This was a fine pick value wise, but the fit is a bit questionable. More isolation scoring is one of the last things Brooklyn needs.

This was a steal. Jaden Springer was 11th on my big board. He may not have an elite ceiling, but he’s an extremely safe bet to become a productive complimentary guard with a very well-rounded game in the NBA. Not to mention, Springer brings some ball-handling ability, which is a big need for this Sixers team.

Over the past couple weeks, I’ve been mocking Day’Ron Sharpe to the Nets, but that doesn’t mean I like the fit. His combination of size, rebounding, effort, interior scoring, passing, and defensive potential at his age earned him some first round buzz leading up to the Draft. However, I had Sharpe as a late second round pick. That might be a little harsh, but low feel big men that are liabilities at the free throw line typically don’t bring a lot of value in today’s NBA.

I had Santi Aldama going in the 30’s, but this pick was still a shock to me. Aldama is a little enticing due to his combination of shooting, passing, and defensive awareness at his size, but there is no denying this was a reach. To make matters worse, Memphis traded up to select him. Aldama has a chance to be a depth piece in the league with some of his NBA-trademark skills and Memphis does develop young talent well, but I’m not a huge fan of this pick. 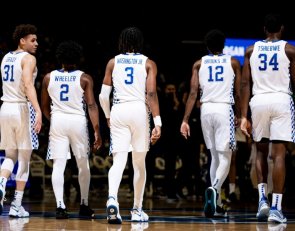 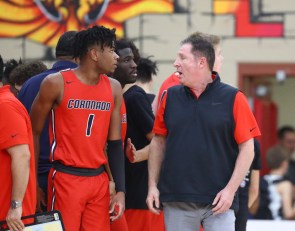 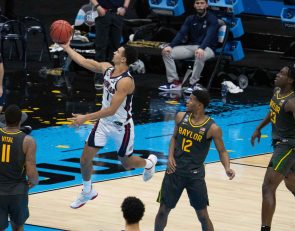