The Cincinnati Bengals came into the 2021 Draft needing talent in any way they could find it. However, their major holes were seen at Offensive-line, Defensive-line, and Wide Receiver. Every Draft is important but for the Bengals, this one was crucial. They found their franchise Quarterback but now they need to start competing.

Everyone knows Cincinnati’s choice was between Chase and Sewell, and it has been the hottest topic upon their fans for the past few months. While I was on team Sewell, as they liked to say, this is still a homerun pick. The Bengals got trashed by plenty of national media for the decision but it is not hard to understand why this was still a great choice. The Bengals need Offensive line help, and they improved it before the draft even started by signing veterans Riley Reiff, and getting a whole year of Quinton Spain.

While these are not long term solutions, these moves allowed them to target the best player available and that was Ja’Marr Chase. Even though they have two good pass catchers in Tee Higgins and Tyler Boyd, they lacked a true number one option and that is what pushed them to Chase.

The most obvious reason in supporting this decision is the fact Chase and Joe Burrow, his now teammate, dominated in college together. There are not many opportunities to give your franchise Quarterback his favorite target of all time, so the Bengals saw the chance and ran with it. The Bengals now have one of the most talented offensive units in the NFL.

The Bengals get their Offensive-line help that everyone was ranting about. This pick was my least favorite decision of the entire Draft, but trading down was my favorite so it breaks even. Jackson Carman is more of a project than the Bengals need. They want him to come in and play guard, which he has never played before. Carman has the tools to develop into a really good player but I am not sure the Bengals are in the position to take that risk. I would have gone with a player that has a higher floor and could come in contributing right away.

The best part about this round is the fact that we traded down. They seemed to identify Carman as our guy right away and we were comfortable taking him at 38, but we knew we did not need to so we answered calls and traded down. For a front office that gets a lot of hate, this was a great choice and hopefully a sign of better things to come. The Bengals traded down and still got their guy, while also adding two fourth round picks along the way.

This was by far the best value the Bengals got in this draft. The fact Joseph Ossai was there in round three shocked a lot of people, including head coach Zac Taylor. The Bengals were in need of some talent on the Edge after losing Carl Lawson and Ossai filled that hole. Ossai will come in and produce that talent needed right away.

Watching his film you can tell he is a relentless player who will never give up on the play, and that trait is something the Bengals have been prioritizing all off season. Ossai has the athleticism and build to develop into something special, and in a few years I would not be shocked if he is viewed as the best Edge from this class.

This was a very interesting round for the Bengals. Many fans probably did not know these guys but they will all have huge roles in this team’s future. Cameron Sample is a versatile defender who can contribute up front in a lot of ways. That versatility will allow us to be creative with him and put him along with the rest of the unit in situations where we can succeed.

Tyler Shelvin is a very large human being that will become a fan favorite rather quickly. Shelvin is listed at 6’3″ 350 pounds. He is never going to rack up the sack numbers but he is a perfect fit for the smash mouth AFC North. The Bengals will be able to deploy DJ Reader and Tyler Shelvin on running downs and essentially clog up the run lanes. The Bengals had one of the worst run defenses in the NFL last year and Shelvin will help fix that.

D’Ante Smith was one of the best picks for us. Smith has been one of my favorite prospects for a while and I am excited to see him develop with Frank Pollack. Smith has the ability to play both Tackle and Guard, and having that versatility is becoming very important in this league. The best part about Smith is his frame, as he is 6’4″, 300 pounds and has a wingspan of over seven feet. When you are building your dream Offensive Lineman, he will have a lot of the traits that Smith possesses.

This pick is better than most people give it credit for. Trading down in the second to have three fourth round picks allowed us to do something like this. Mchperson was the best Kicker in the draft and the Bengals had some serious issues in that area. Over the last two seasons the Bengals have lost 13 one score games, so having a kicker in those games will help us win them just as much as any other position. Getting a starter in the fifth round is never a bad thing.

Late in the draft, teams always do their best to find a hidden gem or someone who will at least provide good depth, and both of these guys fit those descriptions. Trey Hill was once a highly anticipated Center prospect but injuries took him out of that conversation. He had surgeries on both of his knees in recent years which rightfully scared teams off. If Hill can get back to the player he once was, he will be a steal and add some legit talent to the offensive line which we need terribly bad.

Chris Evans is a really athletic Running Back that could carve out a role right away. After moving on from Gio Benard, the Bengals needed some explosiveness at that position and that is exactly what Evans does. His pass catching ability is also something that will get him on the field, and Evans is a really nice compliment to star Joe Mixon.

The Bengals are always heavily involved with prospects who participate in the Senior Bowl and that’s where Hubert made a name for himself. Jim Naggy, who runs the Senior Bowl, said “I think Wyatt Hubert has a chance to be a steal of the draft. Getting Wyatt in the 7th round I never for the life of me thought he’d go in the 7th round.”. Hubert is another high motor player that never gives up and had some good production in college. Hubert has the chance to be a really good rotational piece for this team in the next few years.

Overall this draft class was pretty good for the Bengals. They were able to fill some major holes and add some legit talent all over the field. They added to the future of both the Offensive and Defensive lines which were the weakest points of this team. They also retooled themselves to battle both in the trenches and on the outside which should set them up for success. This draft class has the potential to be the group that pushes them over the top, and as a Bengals fan I could not be more excited. 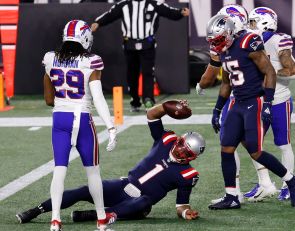 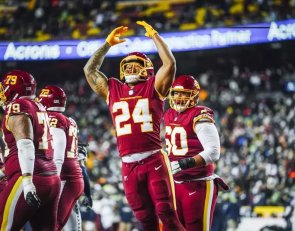 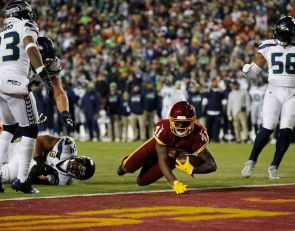