Jones is a traditional pocket passing quarterback who excelled as the head of a top ranked offense. Don’t expect him to make crazy highlight plays like a Patrick Mahomes-esque QB, as he prides himself on being a game manager. Jones has displayed positive signs of maneuvering pressure inside the pocket with his footwork and has routinely thrown right in the face of pressure. The Alabama QB constantly manipulates defensive backs eyes with simple but effective pump fakes. You will hear people knock Jones for the lack of arm talent, but besides zip on the ball, Jones can throw a 40+ yard throw with ease. Jones’s best attribute is how he consistently throws over-the-shoulder & 9 routes with terrific touch.

Jones’s mobility outside of the pocket is extremely limited as he displays a stiffness when he’s creating outside of the structure. This is a serious concern because a majority of his successful plays came with a perfectly clean pocket, and NFL defensive lineman won’t let Jones sit in a pocket for 5+ seconds. The Alabama QB isn’t going to wow scouts with his arm strength as his throws generally lack zip, especially when throwing to the opposite sideline. 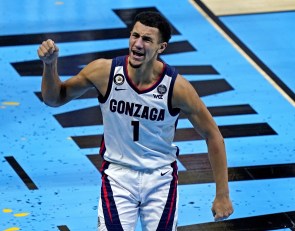 NBA Mock Draft 3.0: Who Do The Rockets Take 2nd Overall? 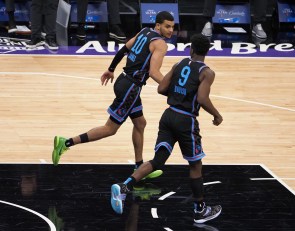