We are 3 weeks into the 2020 NFL Season and I hope everyone is surviving and eatin those W’s. And if all of these injuries aren’t enough for us to juggle in our lineups, we must now deal with a Covid delay of a game. A time to either make changes or get left in the dust. Listed below are a few guys that have good matchups this week and can be a great start.

LAS VEGAS RAIDER WR HUNTER RENFROW showed up last week for Derek Carr and the LV Raiders in a game where they were desperate for WR help. Playing without Rookie WRs Henry Ruggs who missed the game with an ankle injury and WR Bryan Edwards who left Week 3 early after suffering an ankle injury, the 2nd year WR Renfrow posted 6/84 on 9 targets.

In Week 4 vs a tough Buffalo Bills Defense, Vegas will again be without Ruggs & Edwards as they will look to lean on Renfrow once again. I expect Tre White’s attention will be focused on trying to limit the opportunities to Raiders TE Darren Waller allowing Renfrow a little extra space to do his thing. In a game that has an O/U of 53 and at the rate Josh Allen has the Bills offense scoring points, this game has a sneaky over feeling which only bodes well for Renfrow & some GTP perhaps.

MIAMI DOLPHIN TE MIKE GESICKI has a juicy matchup this week as the Miami Dolphins host the Seattle Seahawks in Week 4. Seattle’s Defense is giving up an average of 470 passing yards per game and haven’t allowed a QB to throw for LESS THAN 397 yards per game so far this year. Combine that with a stingy Run D that is allowing less than 70 yards a game on the ground & Fitzpatrick and the Dolphins will find themselves with plenty of pass attempts & opportunities.

It has been well noted since week 1 that Seattle HC Pete Carroll is prepared to let QB Russ Wilson do all the cooking in 2020 which has left opposing offenses in pass mode trying to keep the pace. Gesicki is riding a TD streak of 2 straight games, ranks atop all TE’s with Red Zone looks and with a game script that may require Fitzmagic to air it out, Gesicki is a strong candidate for TE1 this week.

CAROLINA PANTHER WR ROBBY ANDERSON was once known as a One Trick Pony while playing for the New York Jets from 2016-2019. After relocating in the offseason as a FA to Carolina to play alongside Teddy Bridgewater and new HC Matt Rhule, Anderson is off to a blazing start in 2020. The 5th year WR is on pace for career highs as he currently sits at WR12 in Targets, WR5 in Receiving Yards, WR8 in Receptions, and has seen at least 6 targets in every game this year.

The Panthers host the 2-1 Arizona Cardinals in week 4 coming off a disappointing loss at home to the Detroit Lions. I expect QB Kyler Murray to have a bounce back game and move the ball fluidly on a below average Carolina D, leaving Teddy B in a game flow situation where he’s playing catch up. I like Anderson to stay active, score this week and to be a borderline WR1.

CLEVELAND BROWN RB’s KAREEM HUNT & NICK CHUBB roll into Big D for Week 4 as the league’s top 1-2 RB punch. After 3 weeks so far Hunt & Chubb have combined for 550 yards from scrimmage and a whopping 7 TDs! A few things I like here in this matchup for the Browns RBs is the speed in which Dallas has been calling plays on offense. They currently rank #1 in the league for most plays run which is good for both teams getting the offense on the field as many times as possible, more plays more points! The Cowboy Defense has surrendered an average of 300 yards through the air over in its last 2 games and has given up NINE passing TDs! I think both Hunt & Chubb will be active rushing the ball but also very active & successful in the receiving end.

Kareem Hunt is currently listed as questionable for Sunday’s game against Dallas, so pay attention to Cleveland’s inactive list before locking your lineup in on Sunday. 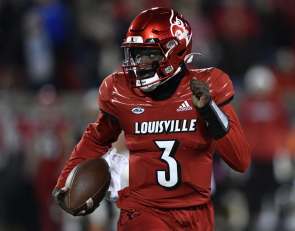