In recent weeks, the NBA has come out with a plan that will bring 22 teams to Orlando to resume the season. Eight games will be played to finish up the regular season giving the six teams currently not in the top eight of their respective conferences a chance to get into the postseason.

For one of those six teams to get a chance to make the playoffs, the ninth seed will need to be within four games of the eight seed. If this is the case in either conference, a play-in game will occur in order to finalize the seedings for the playoffs.

Currently, the Orlando Magic and Memphis Grizzlies hold the eighth spot in each conference. It would be a tall task for any team to win a series against the first seeded Los Angeles Lakers or Milwaukee Bucks, but there are some teams that could make it an exciting series.

In the Western Conference, the Grizzlies have a talented young team led by rookie Ja Morant, but two other teams fighting for the eight seed can be interesting match-ups for the Lakers in the first round.

Prior to the beginning of the season, there was a lot of optimism about what the Pelicans could do in the West. A blockbuster trade that sent Anthony Davis to the Lakers brought back young talent including former second overall picks Lonzo Ball and Brandon Ingram.

New Orleans also received the first overall pick in the 2019 NBA Draft, and selected young phenom Zion Willamson. The Pelicans were quickly becoming a team that had a lot of potential even after losing their franchise player.

Williamson was not able to make his debut until January 22nd, as he dealt with a knee injury sustained in the preseason. When he finally returned, the Pelicans were 17-27 and needed to string some wins together to give themselves a chance to make the playoffs.

The Pelicans were 11-9 after Williamson made his return in late January. He played and started 19 of those 20 games averaging 23.6 points per game prior to COVID-19.

Another reason why the Pelicans were able to close the gap on the eighth seed is due to the production from Brandon Ingram. After struggling to figure out his role in Los Angeles, Ingram has flourished in New Orleans.

Ingram averaged a career high 24.3 points per game before the season was stopped, and he was also named to the All-Star team for the first time in his career.

Lonzo Ball has also improved since coming in the Anthony Davis trade averaging 12.4 points, 6.2 rebounds, and 7.0 assists per game.

The combination between Williamson, Ingram, and Ball along with the veteran presence of guard Jrue Holiday has given the team a great opportunity to make the playoffs in Orlando.

When the Pelicans played the Lakers this year, all of their four match-ups were very close. The Lakers won all four games, but all of which were within ten points. Two of the losses came without Williamson showing the Pelicans can hang with the Lakers.

If the Pelicans are able to clinch a playoff spot, a series between these two teams would be a fantastic match-up. Beating the Lakers in a series is difficult for anyone, but the youth and up-tempo style of play the Pelicans utilize could give LeBron James and Anthony Davis a big test in the first round.

Another team who is looking to create some magic when the league returns next month is the Portland Trail Blazers. After dealing with a variety of injuries throughout most of the season, the team will have most of their players back healthy.

Going into this season, the Blazers expected to be without starting center Jusuf Nurkić till late in the year, who suffered a gruesome leg injury towards the end of last season.

Things got even worse for the team when power forward Zach Collins went down with a shoulder injury that would sideline him for most of the season. Then, in early December, guard/forward Rodney Hood ruptured his achilles ruling him out for the rest of the season.

Those injuries to important players in the rotation led to the signing of Carmelo Anthony, who looked to provide a scoring spark for a weakened Trail Blazers roster. In 50 games, he has scored 15.3 points per game providing the scoring the team desperately needed in the middle of the season.

Trevor Ariza was also added to the roster at the trade deadline giving them more depth at the wing position. Ariza averaged 11 points per game in 21 games since joining the Trail Blazers.

When the league returns in late July, the team will expect to have both Collins and Nurkic. This will give them a deeper rotation that will allow them to push for the eight seed.

Another point to highlight is that the Trail Blazers have beaten the Lakers this season. On January 31, All-Star Damian Lillard scored 48 points and had 10 assists in a significant win for the Blazers. Even without Anthony, the team showed they can defeat the Lakers when they are playing at a high-level.

With a much healthier roster going into the games in Orlando, there’s no denying that Lillard can help the Blazers return to the playoffs. After making it to the Western Conference Finals last year, it has become prominent that they find a way to get the eight seed.

The Pelicans and Trail Blazers are two very talented teams if at full strength. If either of these teams are able to replace the Grizzlies as the eight seed, they will make the series very interesting with the Lakers. 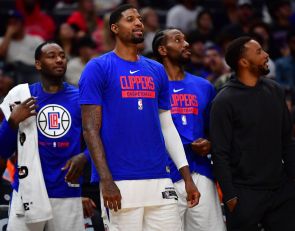 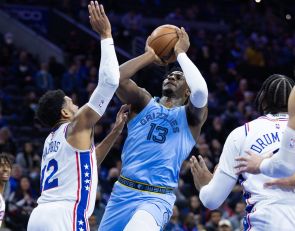