Mets Continue to Show Draft is Their Strength

Mets Continue to Show Draft is Their Strength

When the New York Mets hired Brodie Van Wagenen to take over as General Manager before the 2019 season, many wondered, along with his new hires, whether they would be able to continue to draft as well as they have in the last several years. Quickly, Van Wagenen showed he did.

Van Wagenen and the Mets took an interesting approach to the 2019 Draft: select high-upside and costly players early to then select low-floor money saving college players.

Brett Baty (signed for $3.9M), Josh Wolf (signed for $2.15M), and Matthew Allan (signed for $2.5M) were the Mets first three selections in 2019. They followed up with Mississippi St. senior Jake Mangum and drafted eight consecutive college players after Mangum.

The Mets took the risk on Allan, who seemed like his commitment to Florida was strong. Allan was projected to go in the middle of the first round. The Mets ended up signing Allan last with their remaining money after signing Baty, Wolf, and many college seniors.

This year, the Mets took a similar approach.

With the 19th overall pick, the Mets selected Pete Crow-Armstrong, an outfielder from Harvard-Westlake High School in California. His Vanderbilt commitment seemed stronger than other high schoolers, but the overall consensus is that he will sign with the Mets. Crow-Armstrong is a CAA client, the same agency Van Wagenen used to represent.

Crow-Armstrong is a potential five-tool player if his power continues to develop over time. He is known for his elite center field defense along with his pure contact swing. In his junior season in 2019, he hit .395 with three home runs and 47 hits in 34 games; he only struck out seven times. In his shortened 2020 season, he hit .514.

On day two, the risk taking began for the Mets.

At pick 52, the Mets selected Mississippi St. sophomore J.T. Ginn. Ginn was a first round selection in 2018, but elected to not sign and attend college. He won SEC Freshman of the Year when he posted a 3.13 ERA in 17 starts. He only made one start in 2020 before having to undergo Tommy John Surgery in early March. Ginn was a projected first round pick before his injury.

Ginn’s fastball sits at 93-95mph when healthy and features an above-average slider. The only concern with Ginn is his durability. There is potential for Ginn to possibly move into the back of the bullpen down the line.

(Photo via The Commercial Dispatch)

With the Mets compensatory pick, they selected Isaiah Greene, a high school outfielder from Corona High School in California. The Mets received an early break when Greene signed for just $850,000 which is below the slot value ($929,800).

It wasn’t just there where the Mets received a break. In the third round, Anthony Walters (shortstop from San Diego State) signed for $20,000; the slot value was set at $647,300. Fourth round pick Matthew Dyer (catcher from Arizona) signed for $128,000 below slot.

The Mets have already signed three of their six draftees for below slot. This already is benefiting the Mets who will likely need seven figures to sign J.T. Ginn.

The Mets have taken a different approach than others in the MLB Draft the last two seasons. Early indications are that this is already proving to be beneficial.

For a ballclub who has selected elite talents such as Matt Harvey, Michael Fulmer, Michael Conforto, and Jarred Kelenic in the last ten years, the Mets continue to show that the MLB Draft is a strength. 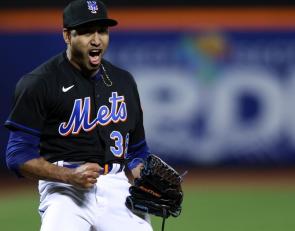 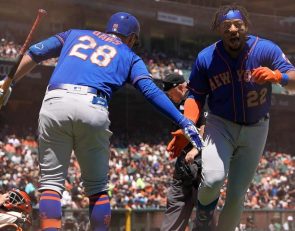 National League Implements the DH: Why the Mets Benefit Tremendously 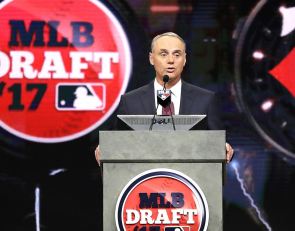